Received from USA this Wonder Boy PCB for repair, actually the board was a factory conversion on Sega System 1A hardware: 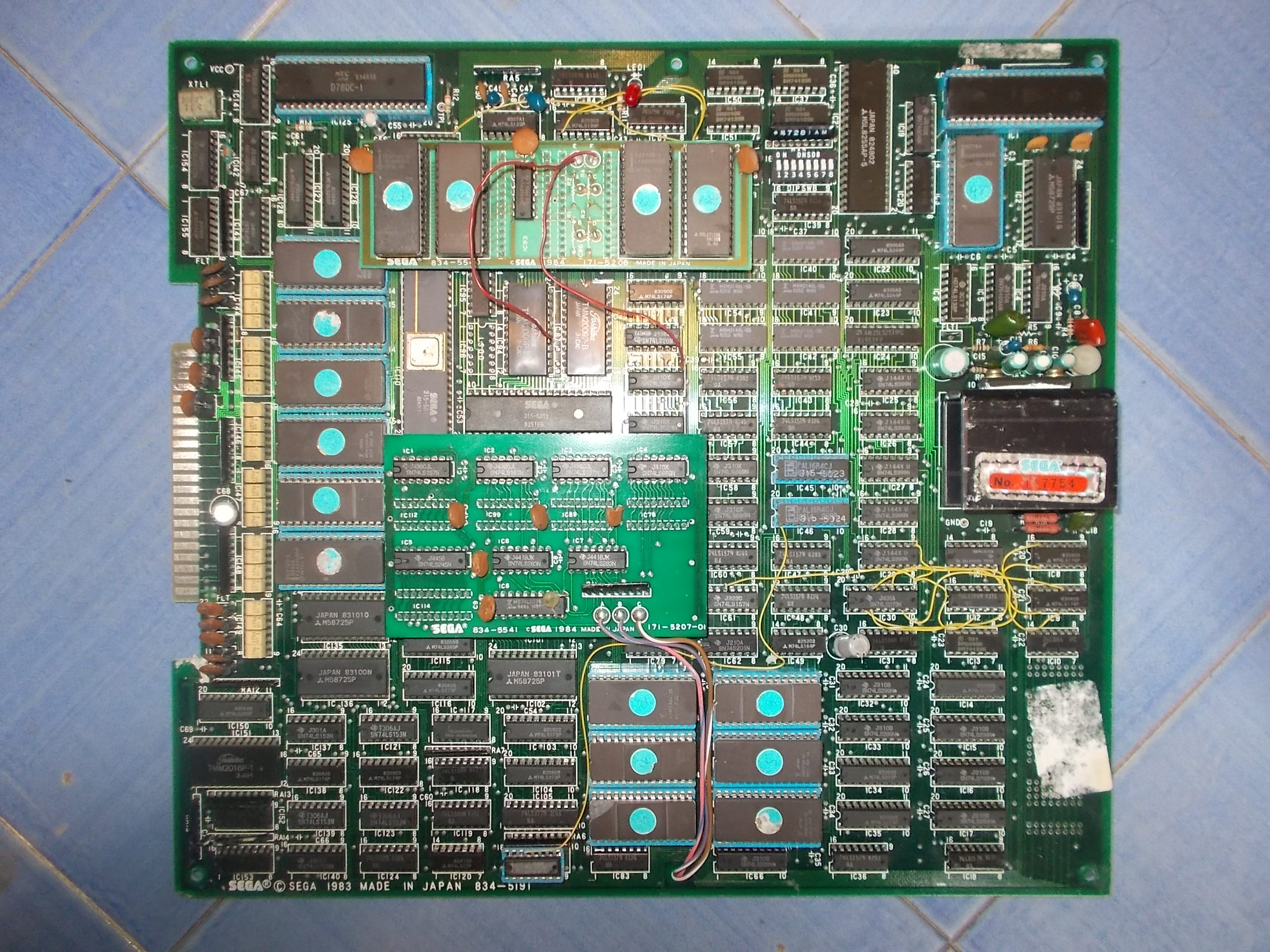 When powered it up I got most of times a steady black screen, rarely an ‘ERROR ROM 4’ message: 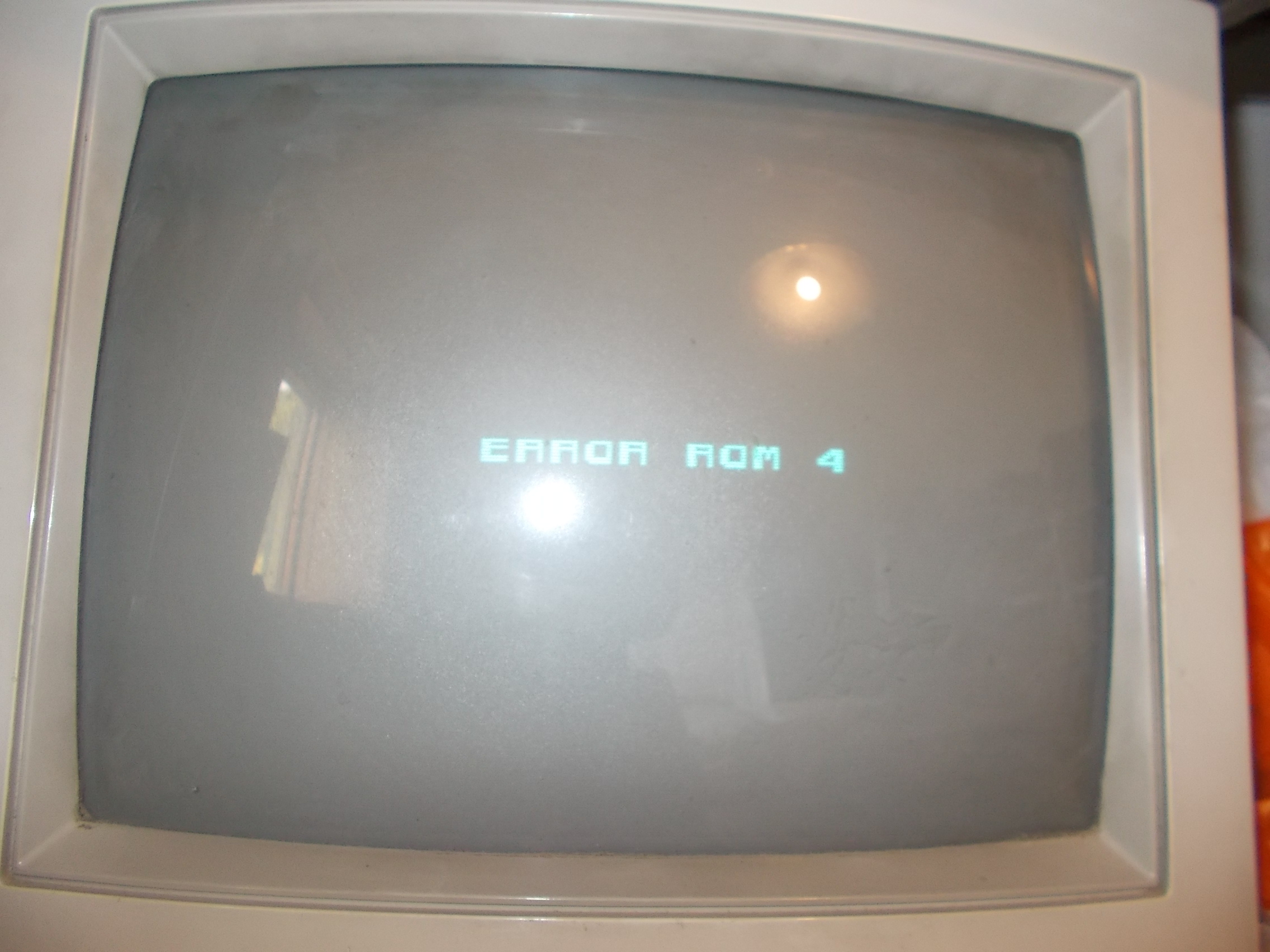 I fired up my Fluke 9010A to perform a ROM test.On some devices sometimes a valid signature was returned but more often I got error and a different signature :

There are six program ROMs: 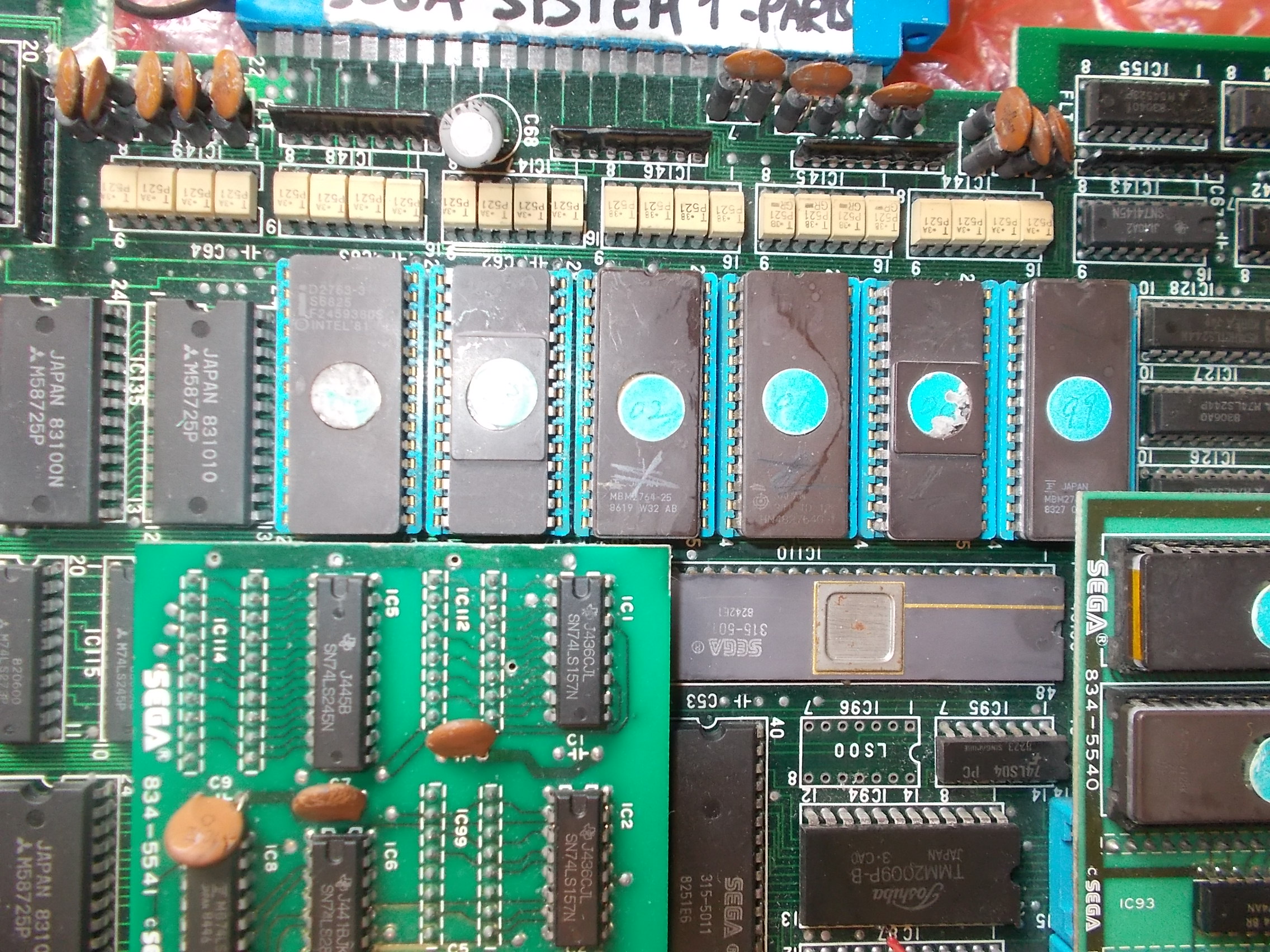 When I dumped them my programmer complained about some bad contact: 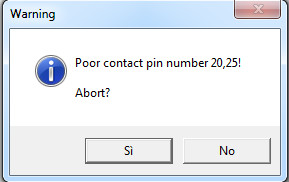 It turned out legs of some EPROMs were dirty and oxidized.After polished them the board booted up but  clearly a color was missing (the RED one) and GFX faults were present : 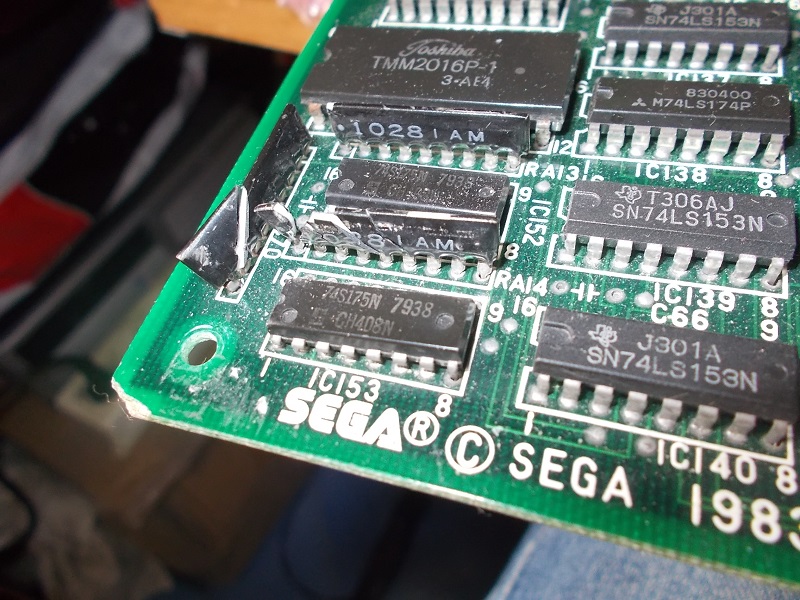 After checked connections I figured out they were used as resistor ladder in the palette circuit.I replaced them, this restored the three RGB colors and showed better the grahics faults:

Backgrounds had wrong colors and some sprites (like main character) had missing parts and vertical lines through.As for first issue I went back to the color circuit where @IC151 lies a TMM2016 (8K x 8-bit) static RAM (whose data bits are routed to some 74LS175 flip-flop and finally converted to analog by the above mentioned resistor ladders) 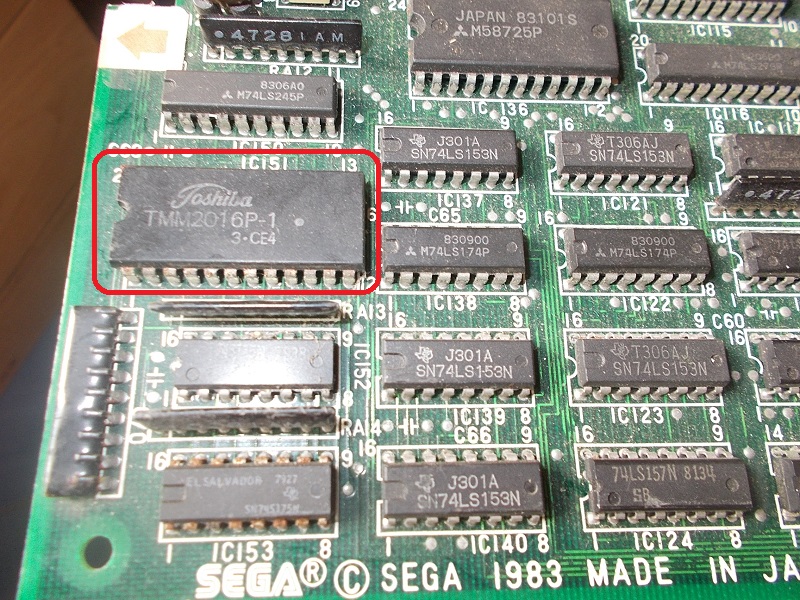 Probing it revealed a unhealthy signal on an address line (A10 ,  pin 19), here’s a comparison with a good signal on the left:

Sure enough I removed the RAM : 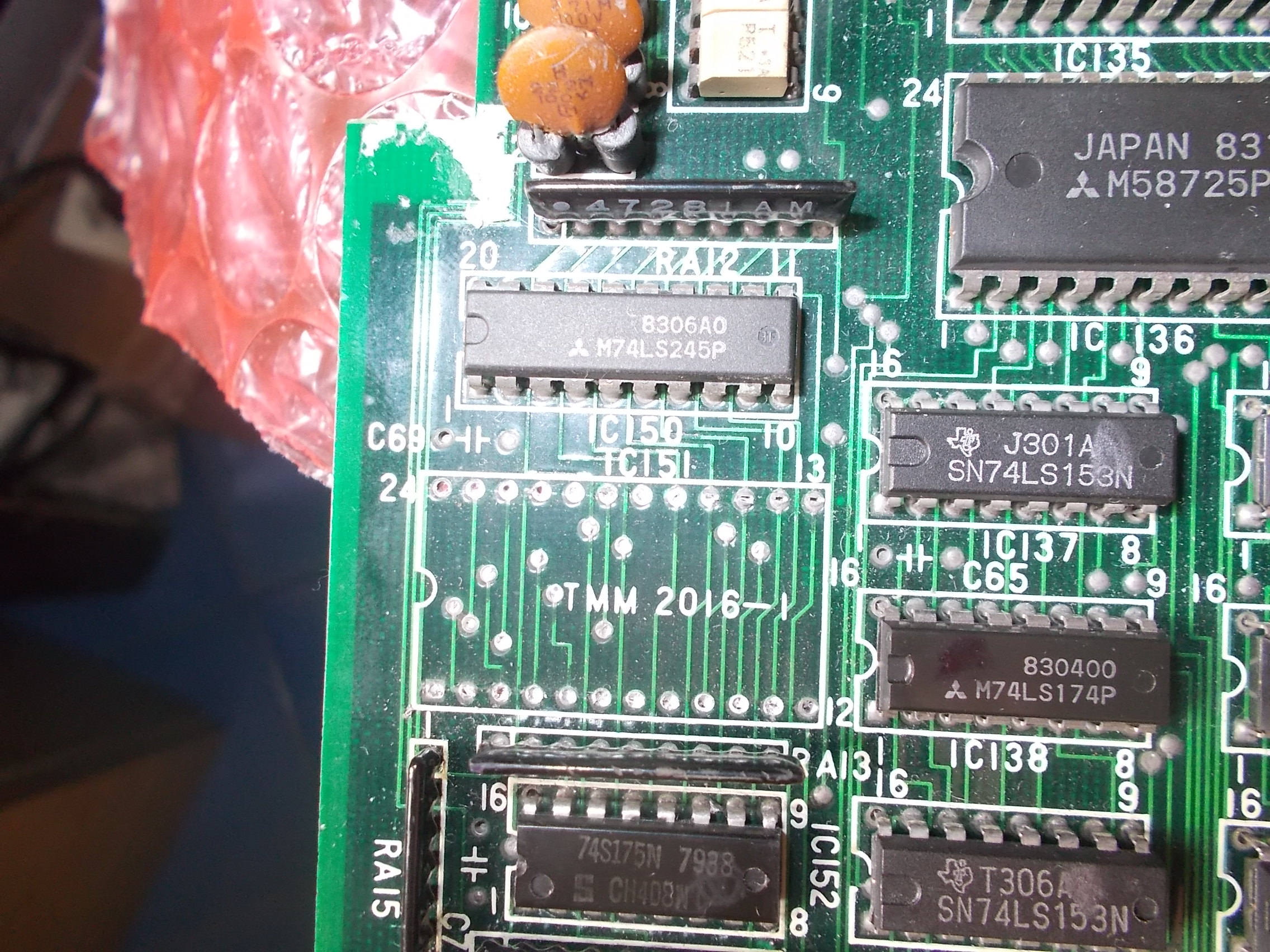 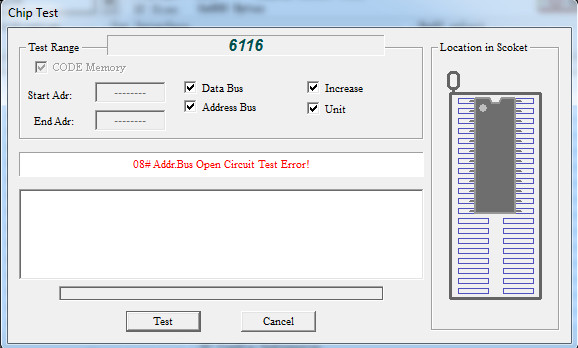 Now the sprites issue.Relevant data is stored in four 27128 EPROMs installed on a small piggyback board: 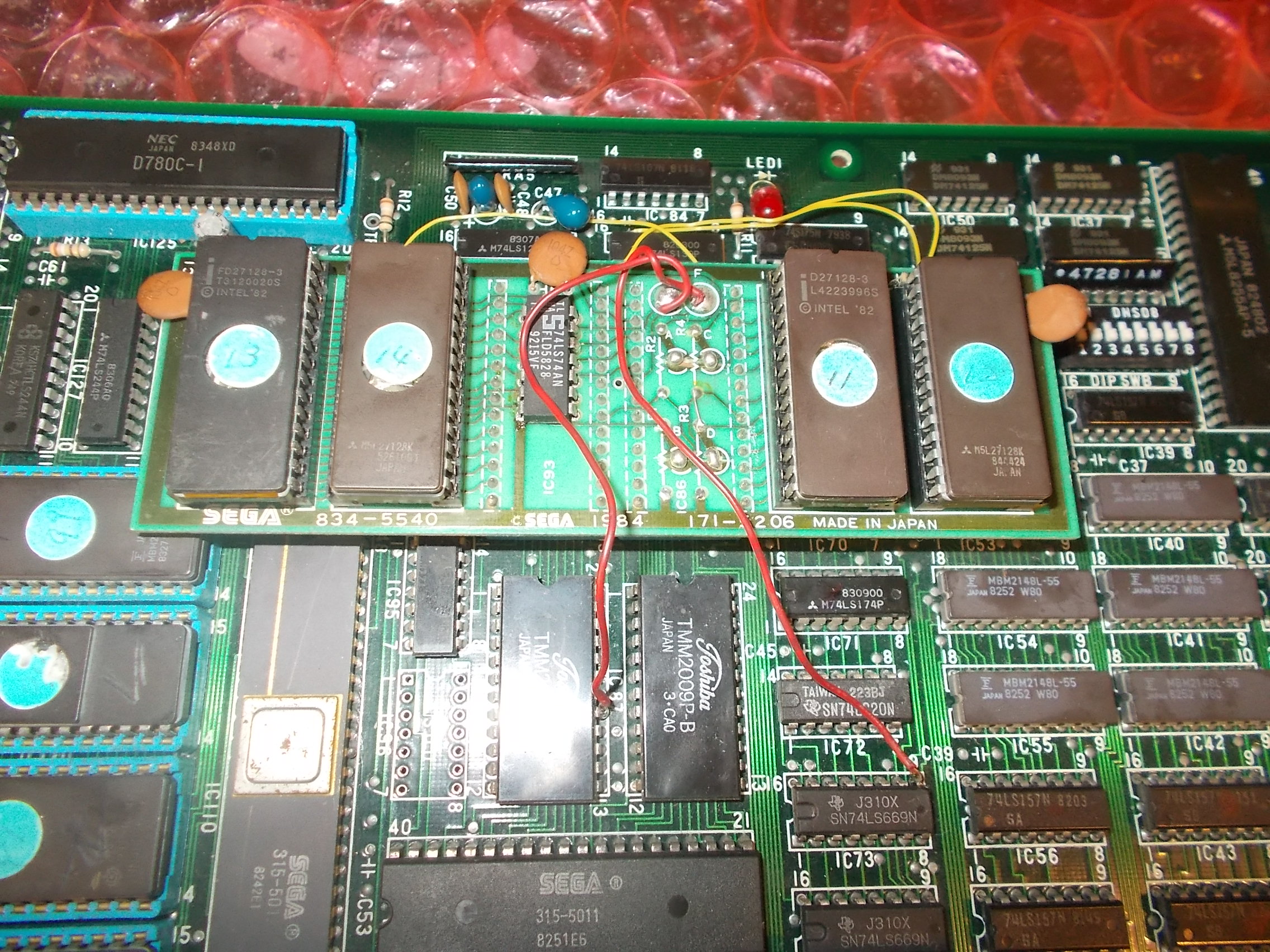 Devices were dumped as good.After a quick check with my multimeter I found a missing connection between a data line of a ROM and the header which goes into the sockets : 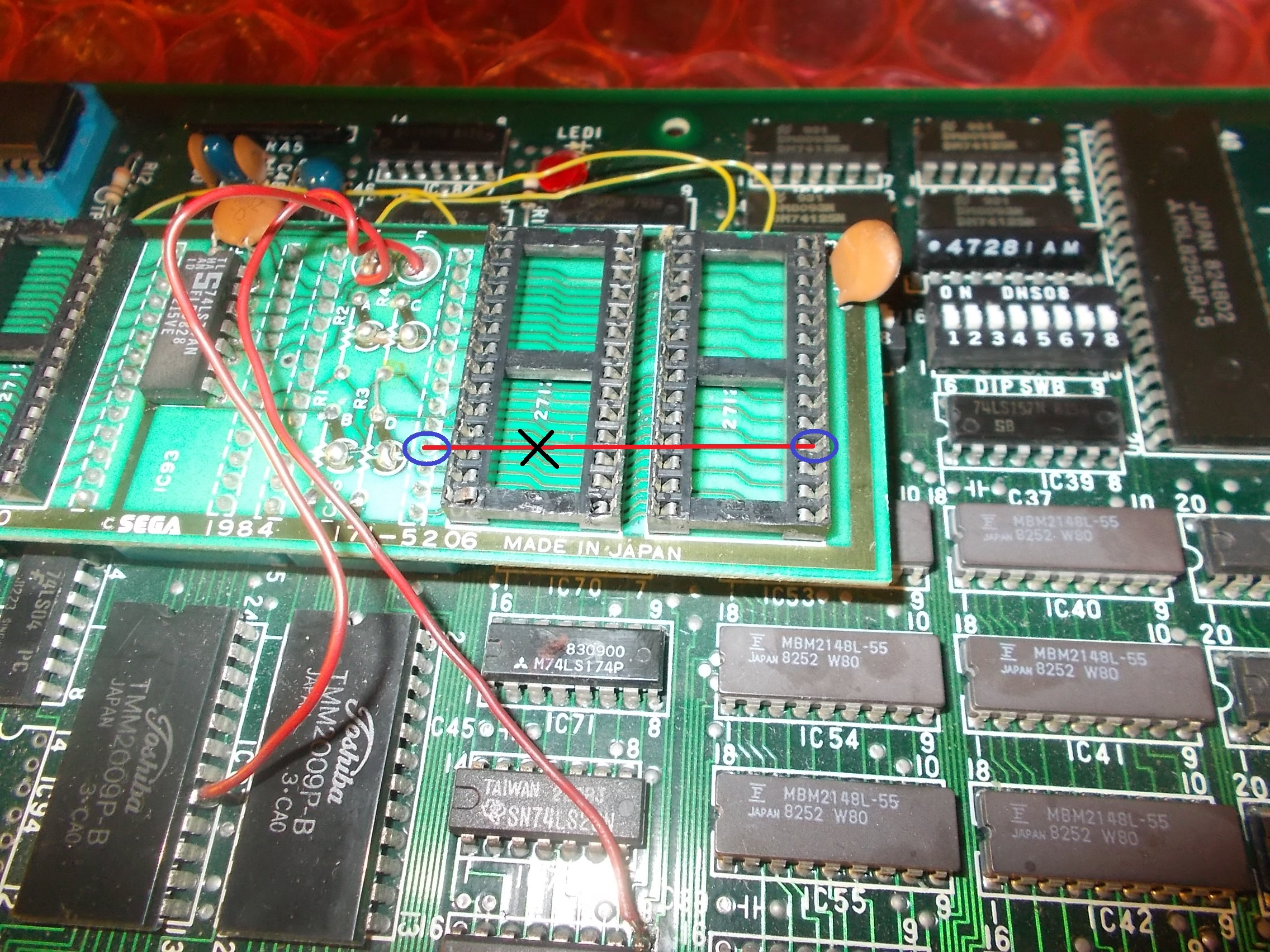 I restored the connection and this fixed board completely.Another repair accomplished. 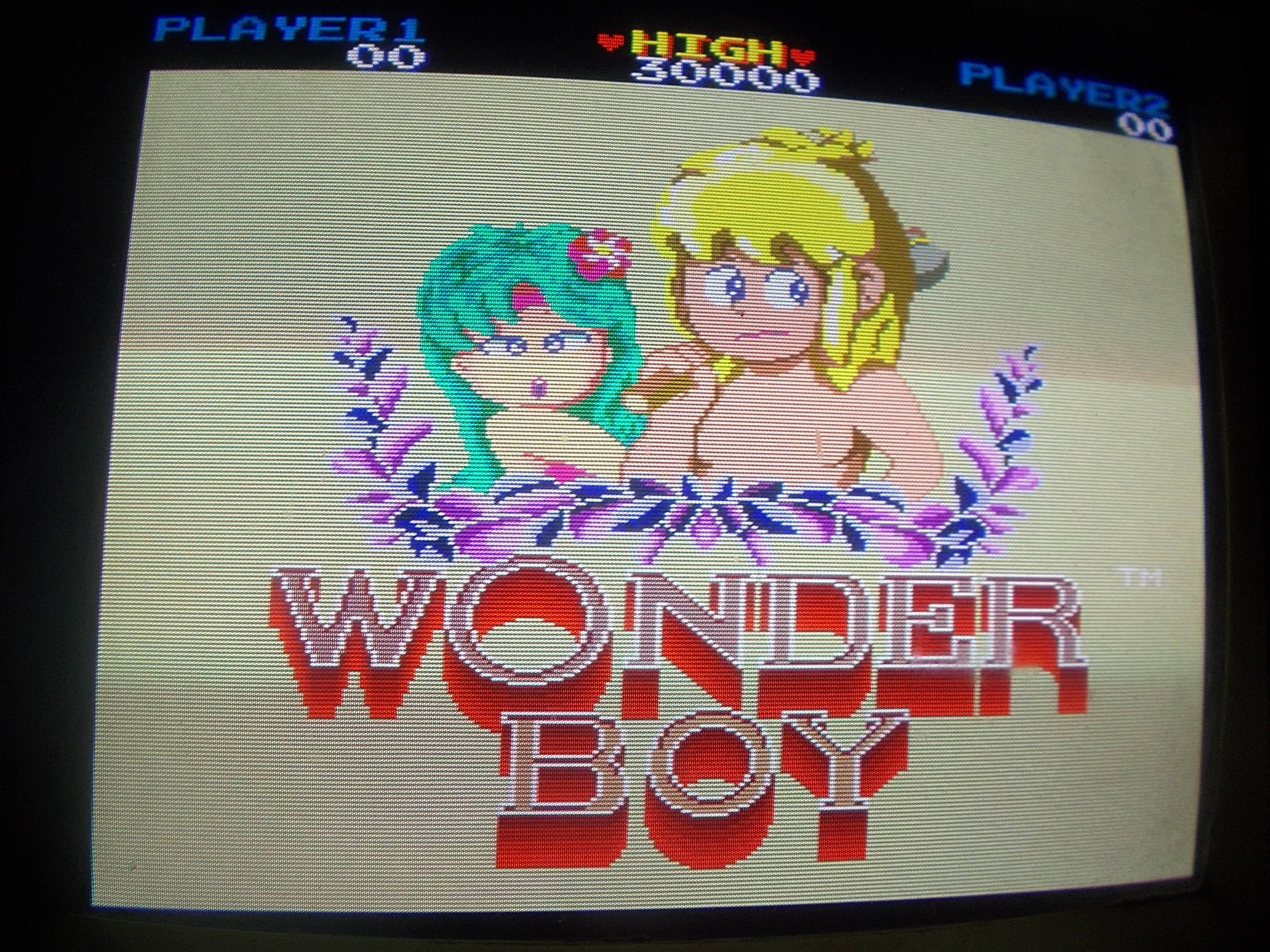