Got this Wonder Boy (on Sega System 1A board revision) for a repair: 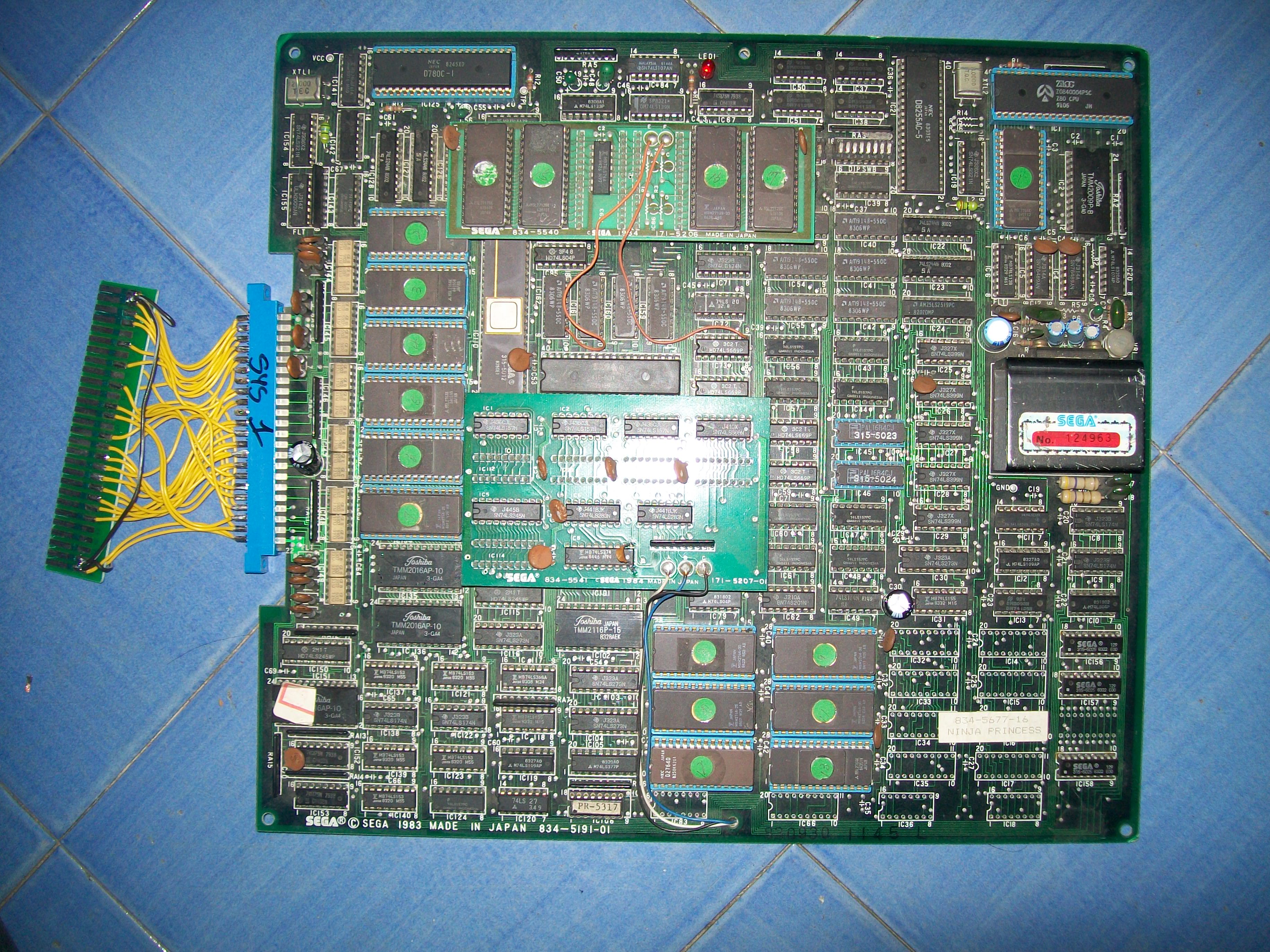 On boot I was greeted by this static garbage screen: 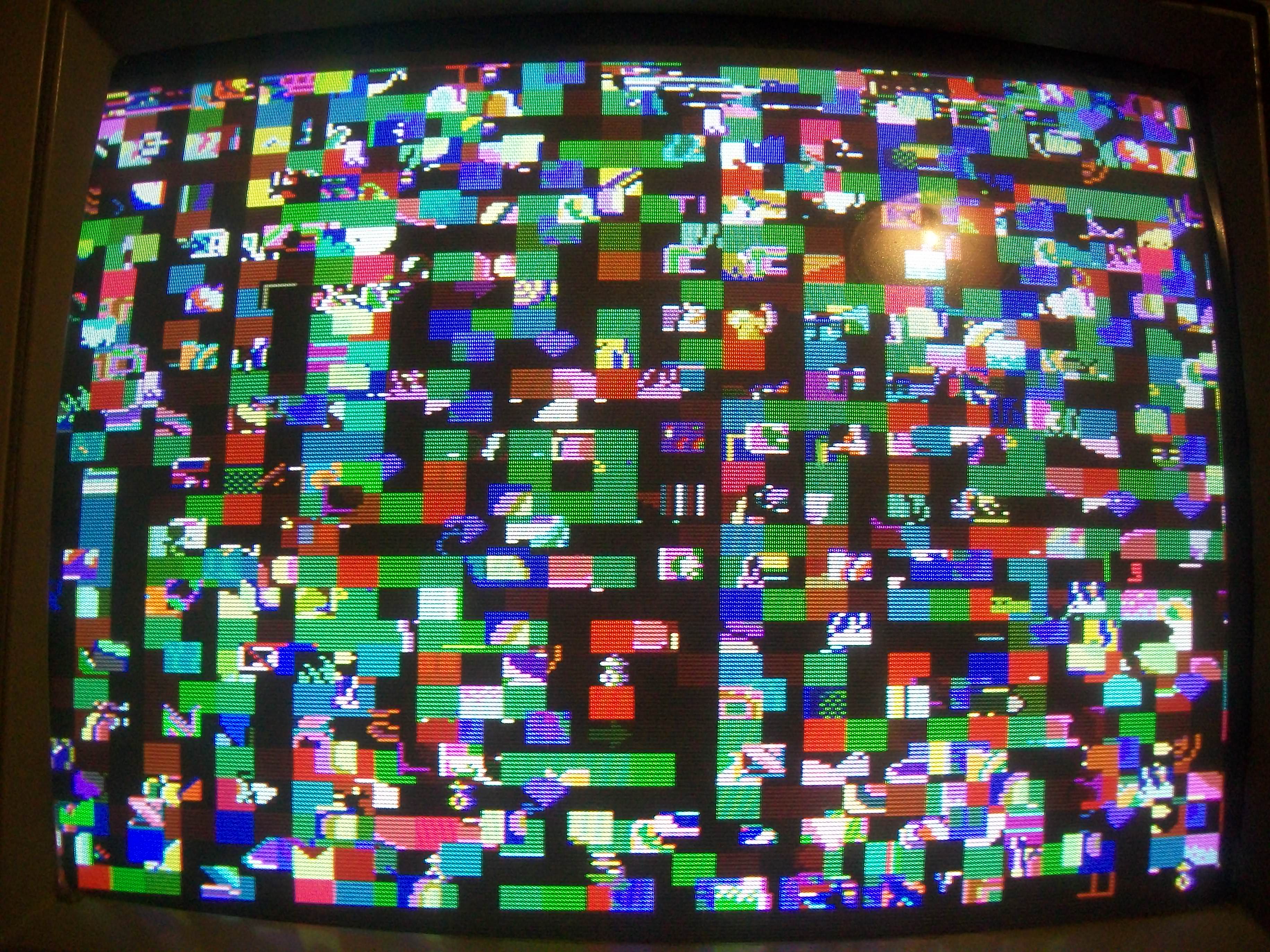 Main Z80 CPU had /HALT line asserted and no activity on data bus.I dumped the program ROMs and they were good.So I thought this was a good chance to use my Fluke 901A troubleshooter.According to memory map in MAME source the WORK RAM  lies from 0xc000 to 0xcfff of the Z80 address space:

When I ran a long RAM test I got an R/W error at the beginning : 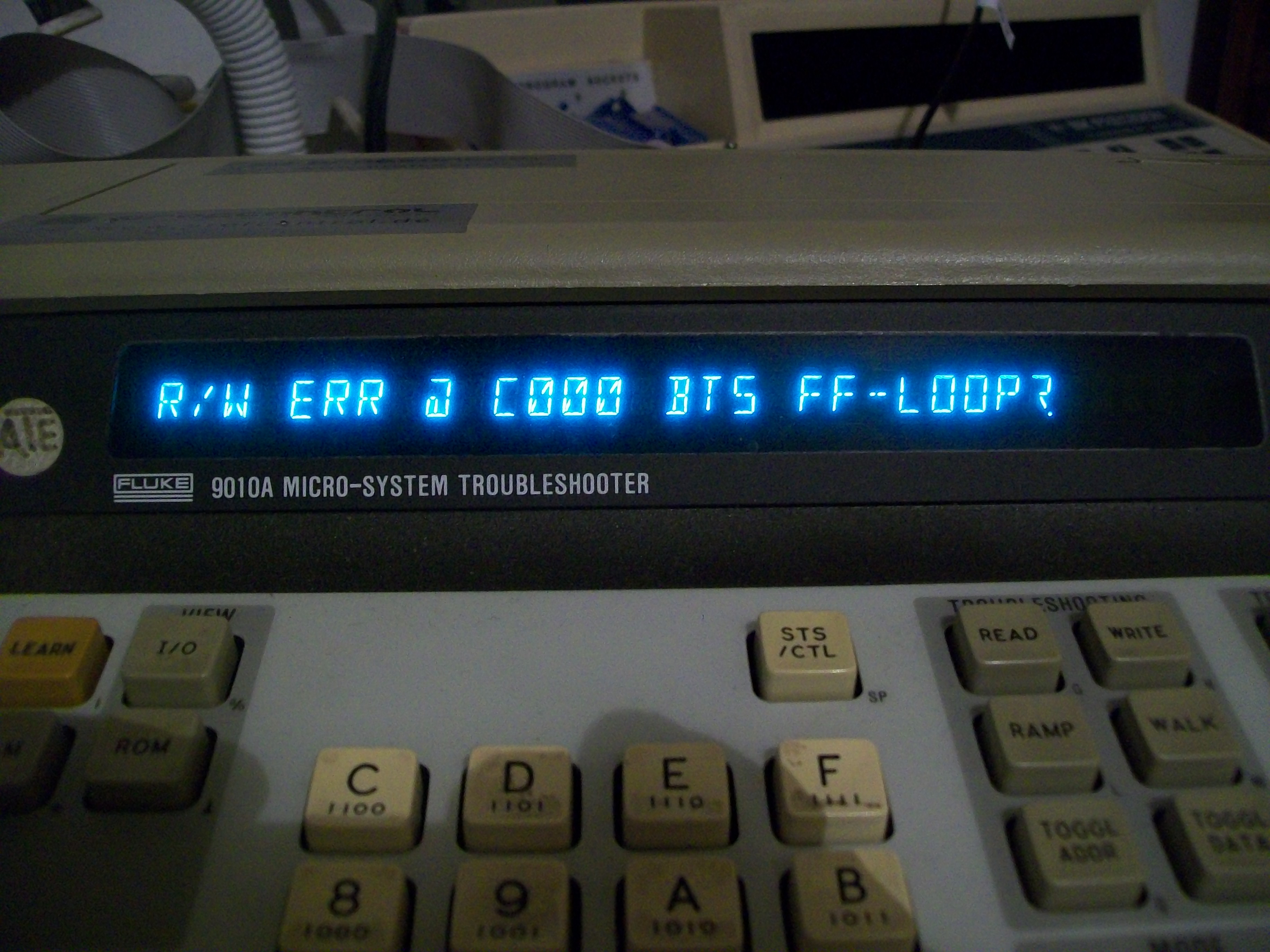 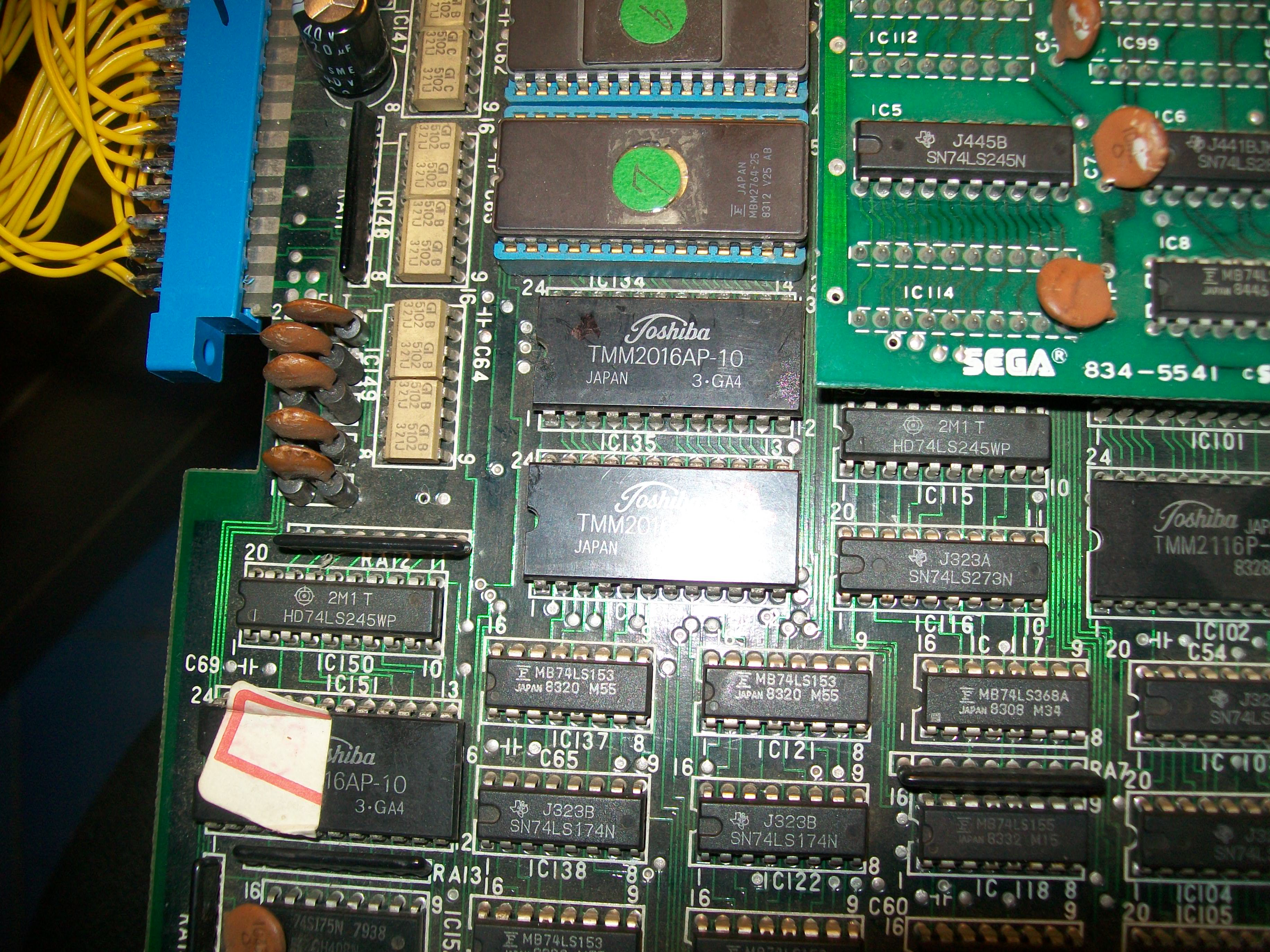 So I performed a test from 0xc800 to 0xcff which was successfully accomplished: 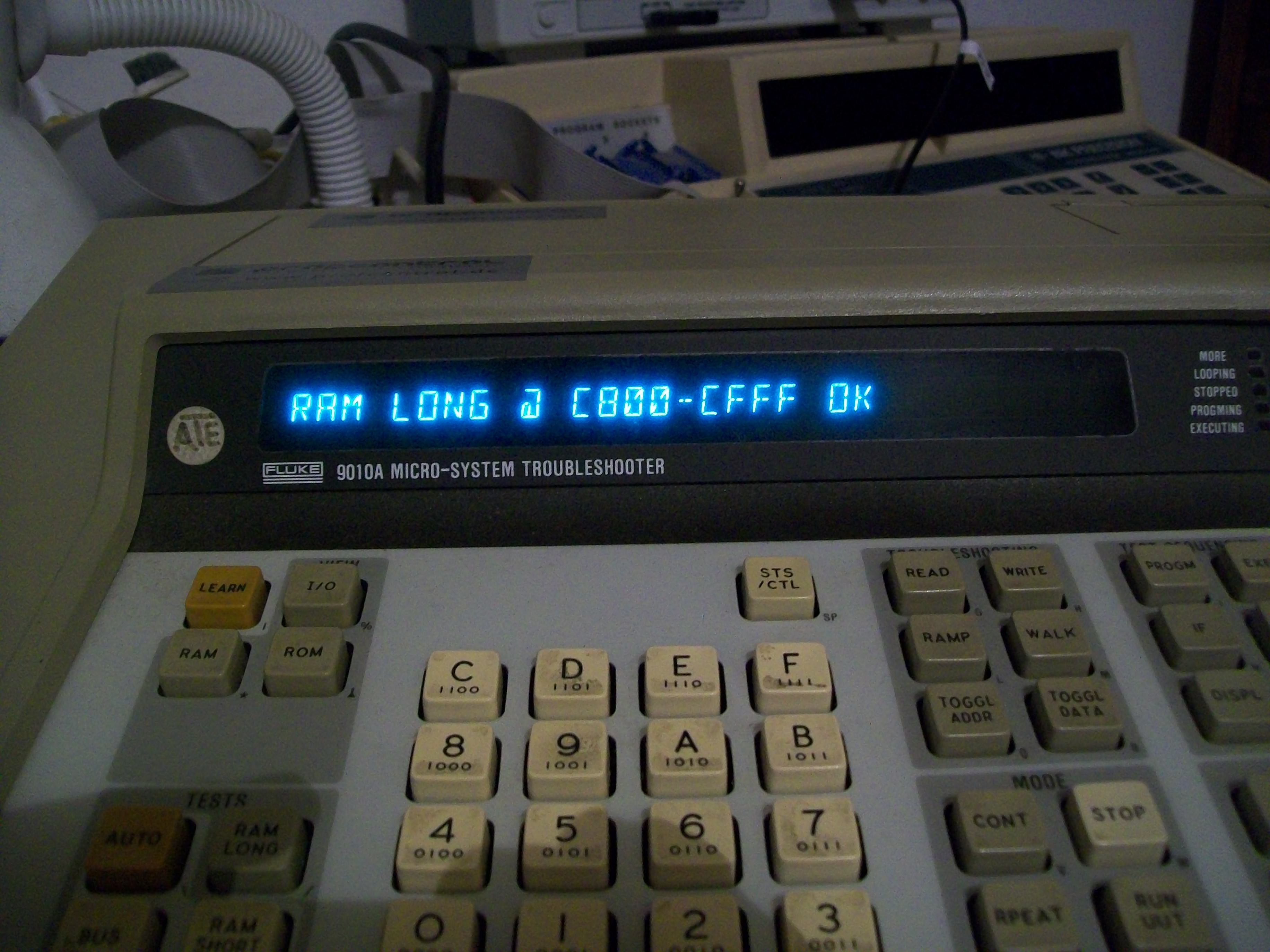 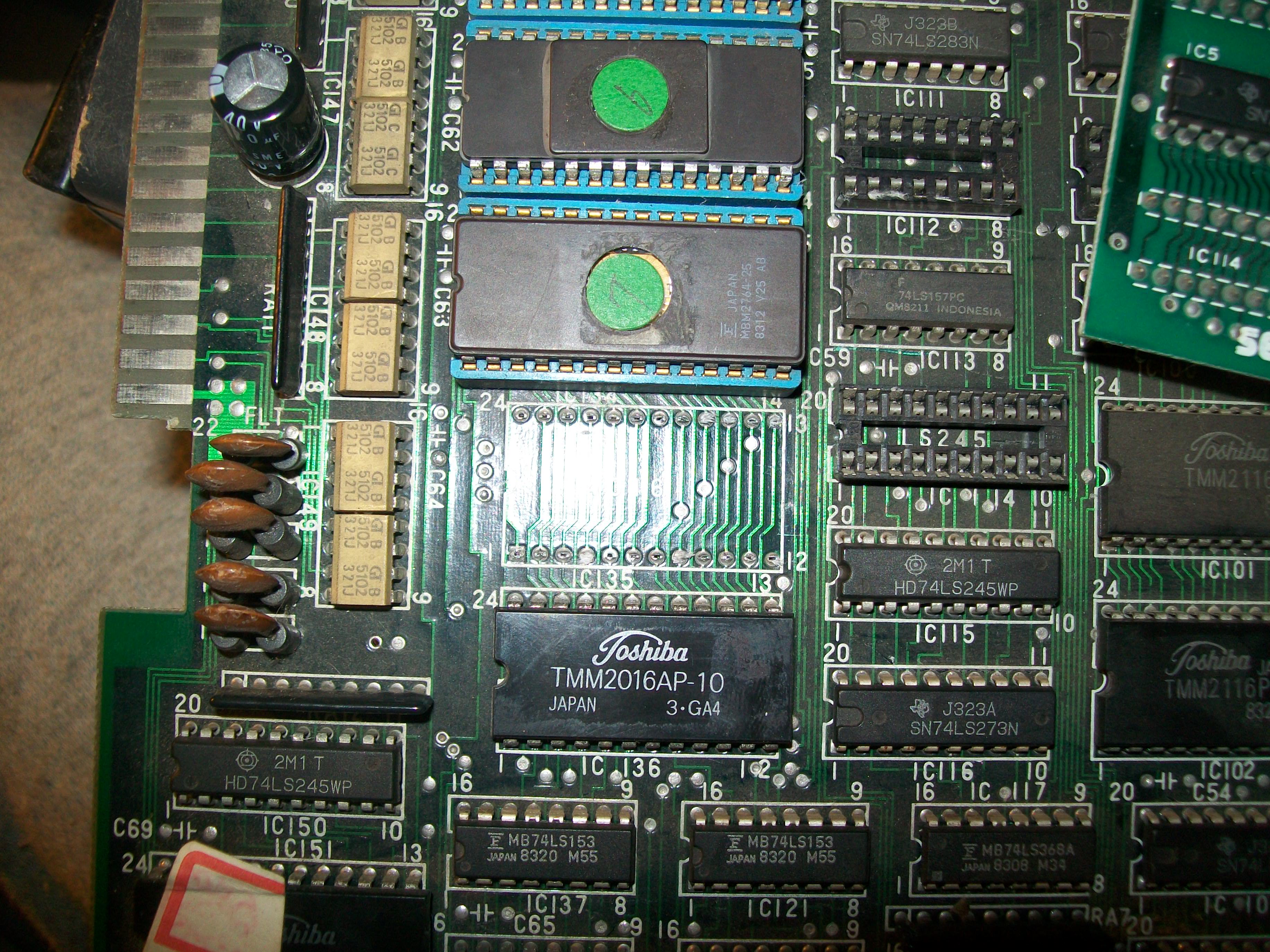 It failed miserably when tested out-of-circuit: 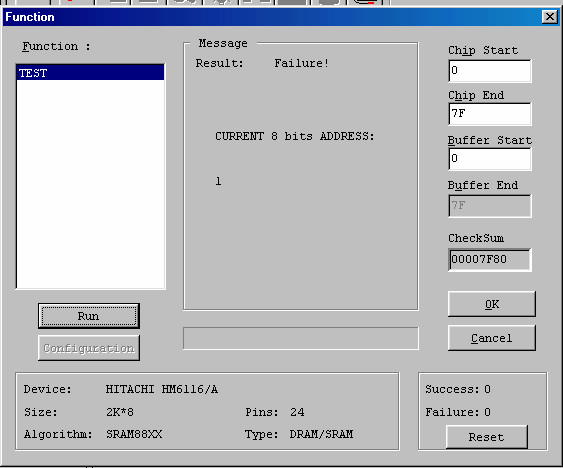 Fitted a socket and a good chip and board sprang to life with no issue.Another classic game preserved. 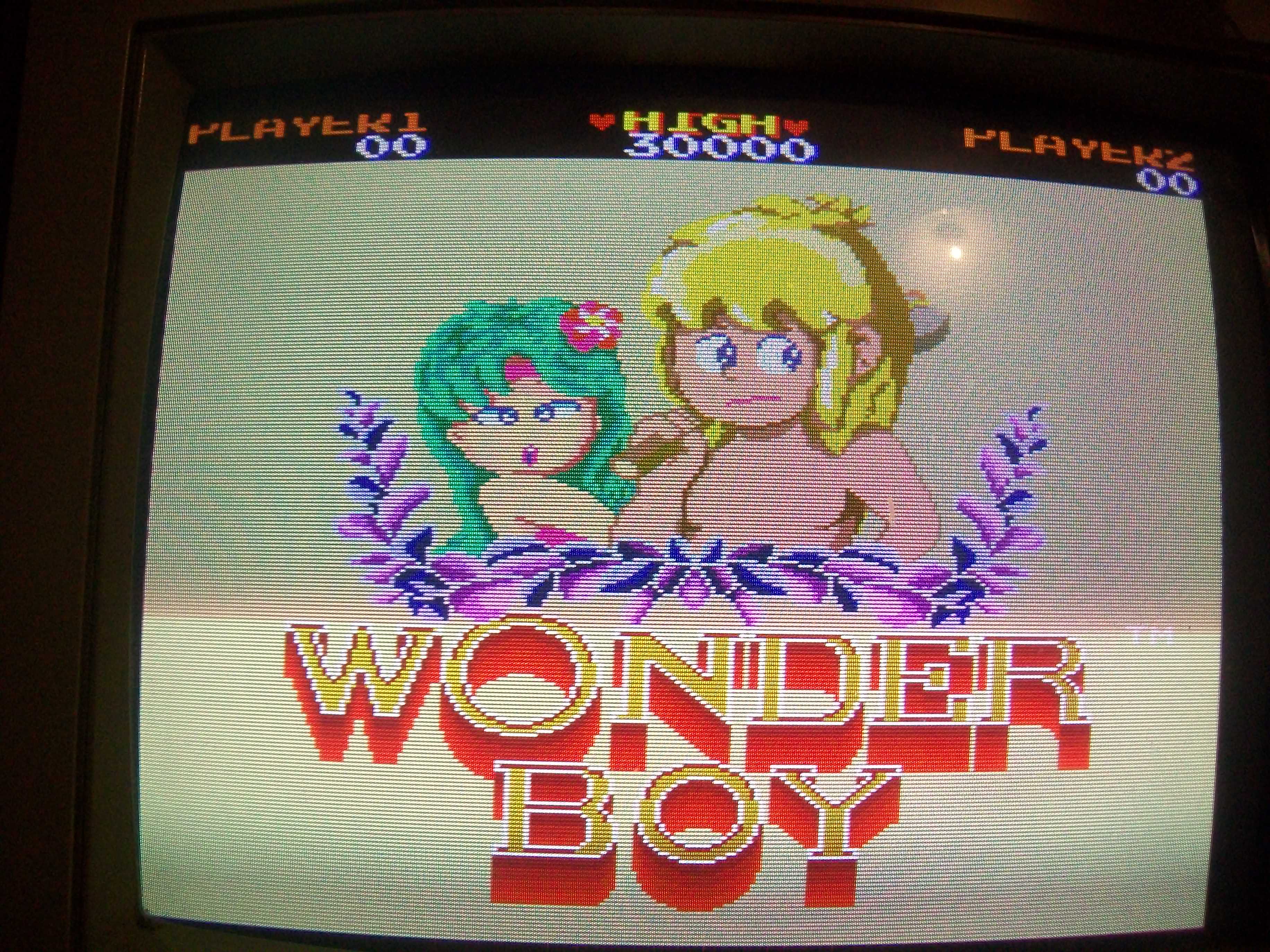