I made up a small memory test program for WWF Wrestlefest.
It only tests the 2 background RAM’s at present. My original program tested the foreground and sprite RAM too but the FG test kept failing. After a lot of EPROM erasing I figure it isn’t possible to read the RAM back, only write to it. There may be a way as there are a couple of undocumented writes to areas in the address space.
I got bored after a while and because of this sprite RAM isn’t tested. One day I might finish it, its probably only a few minutes worth of work.

Regarding the undocumented addresses:
The first at $140016 seems to be the watchdog reset and is called by the command clr.w $140016.
The second at $140008 has something to do with the screen output. I found if this wasn’t cleared then some portions of the screen didn’t refresh. This only applied to the FG0 RAM but may also apply to the sprite RAM too.
Neither of these are used or mentioned in the MAME driver and the driver for this game seems to be quite inaccurate compared to the real board. 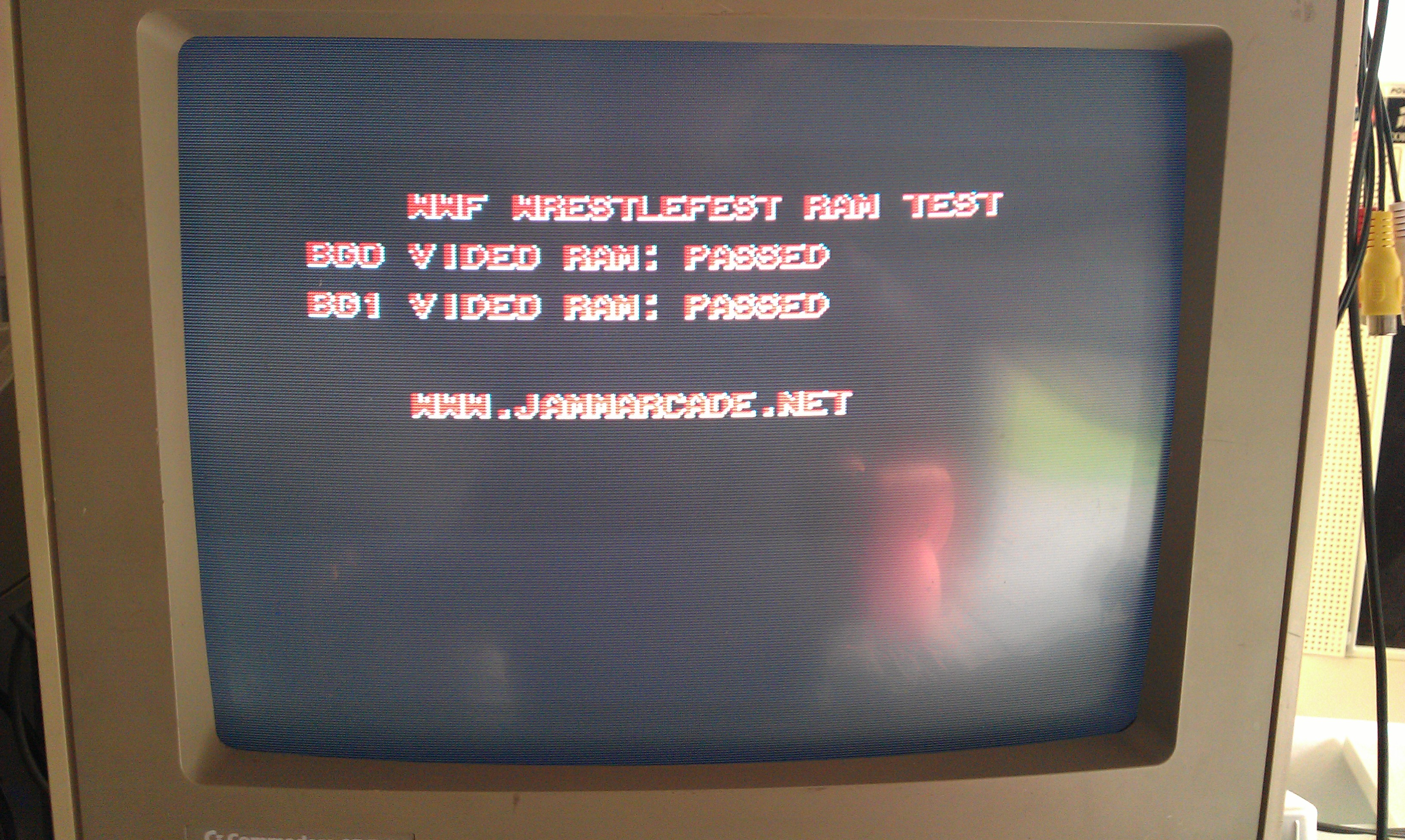 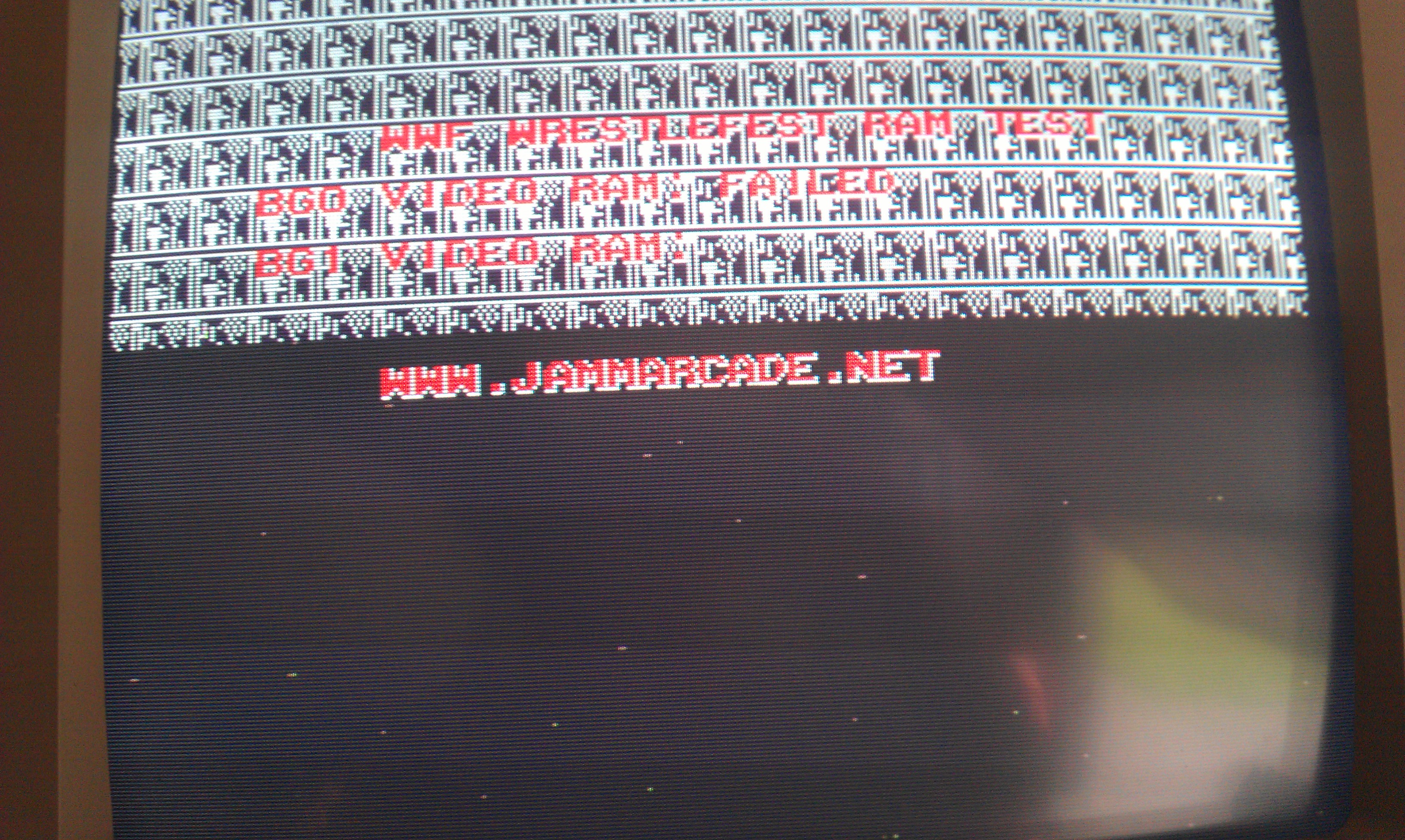