Yes, again.
During some playing of this recently repaired board the game froze up.
On reset I was greeted with this static screen. 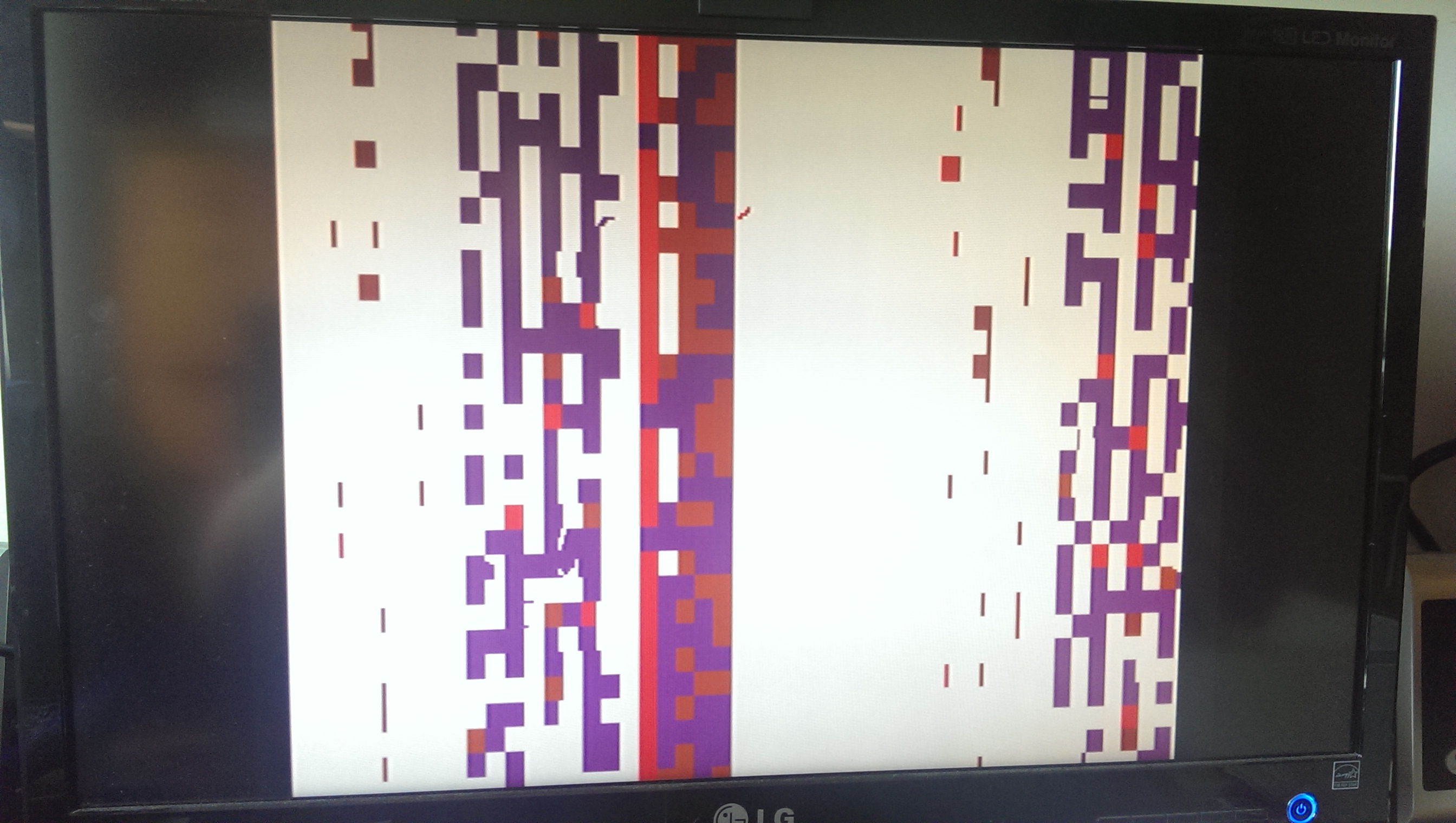 Non booting boards are generally quite easy to fault find but due to the V30 I was having problems. This is when I came across a post on KLOV from some time ago with someone asking if an 8086 Fluke POD could be used to test a V30 based system. The general thinking was that it could but no one ever tried it, until now!
Im pleased to say it does work (excluding the RUN UUT function).

Very quickly I found that the main ROM’s could not be read properly. The correct signature was 6A03 and I was getting 6935.
Following my schematics I found that there is a 74LS373 at location IC51 that is used as the latch to address the ROM’s. 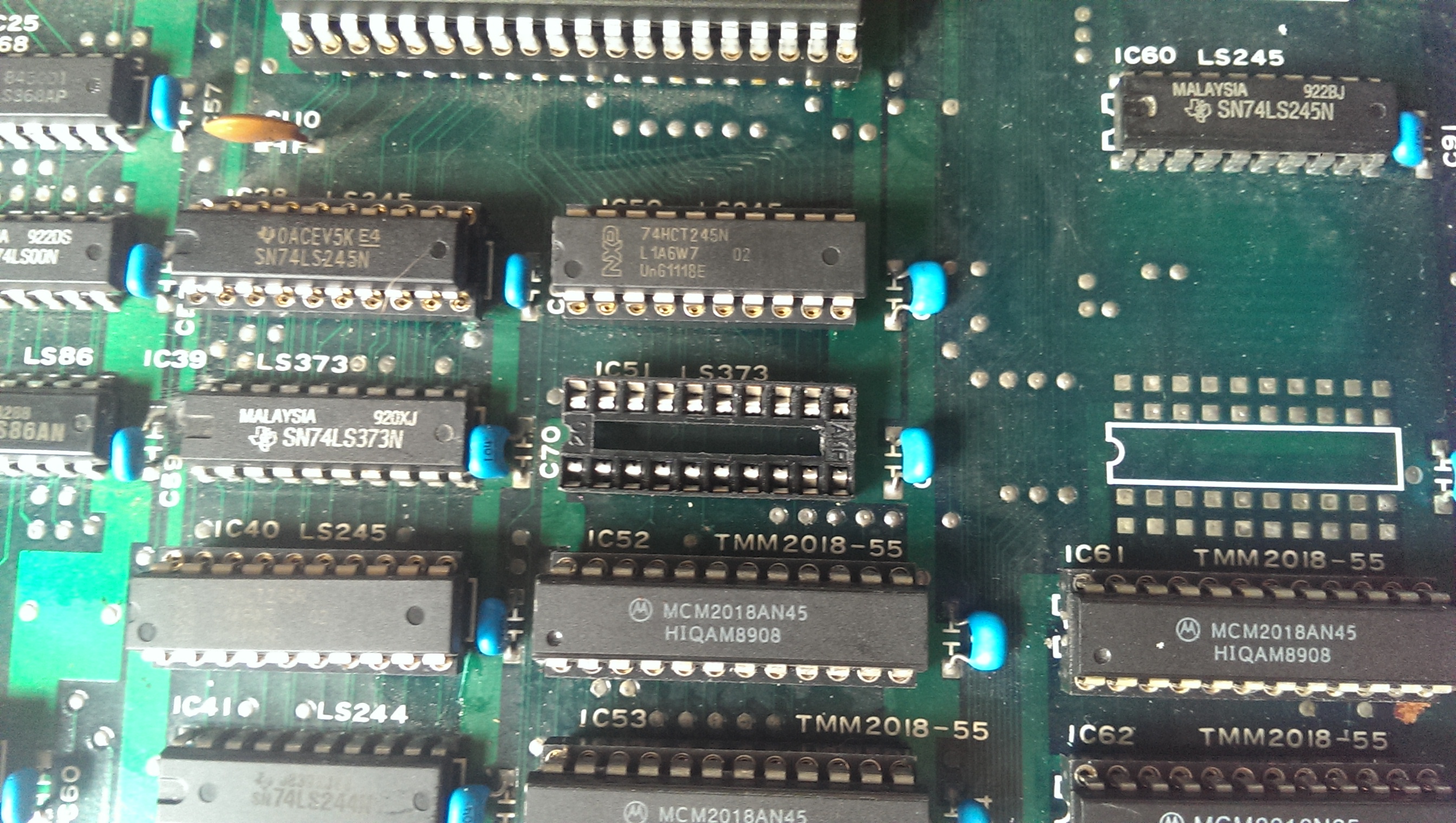 This input was confirmed good but there was a stuck bit on the output.
I replaced this and the game was back once again. Ive left this soak testing and hopefully it will be rock solid now. 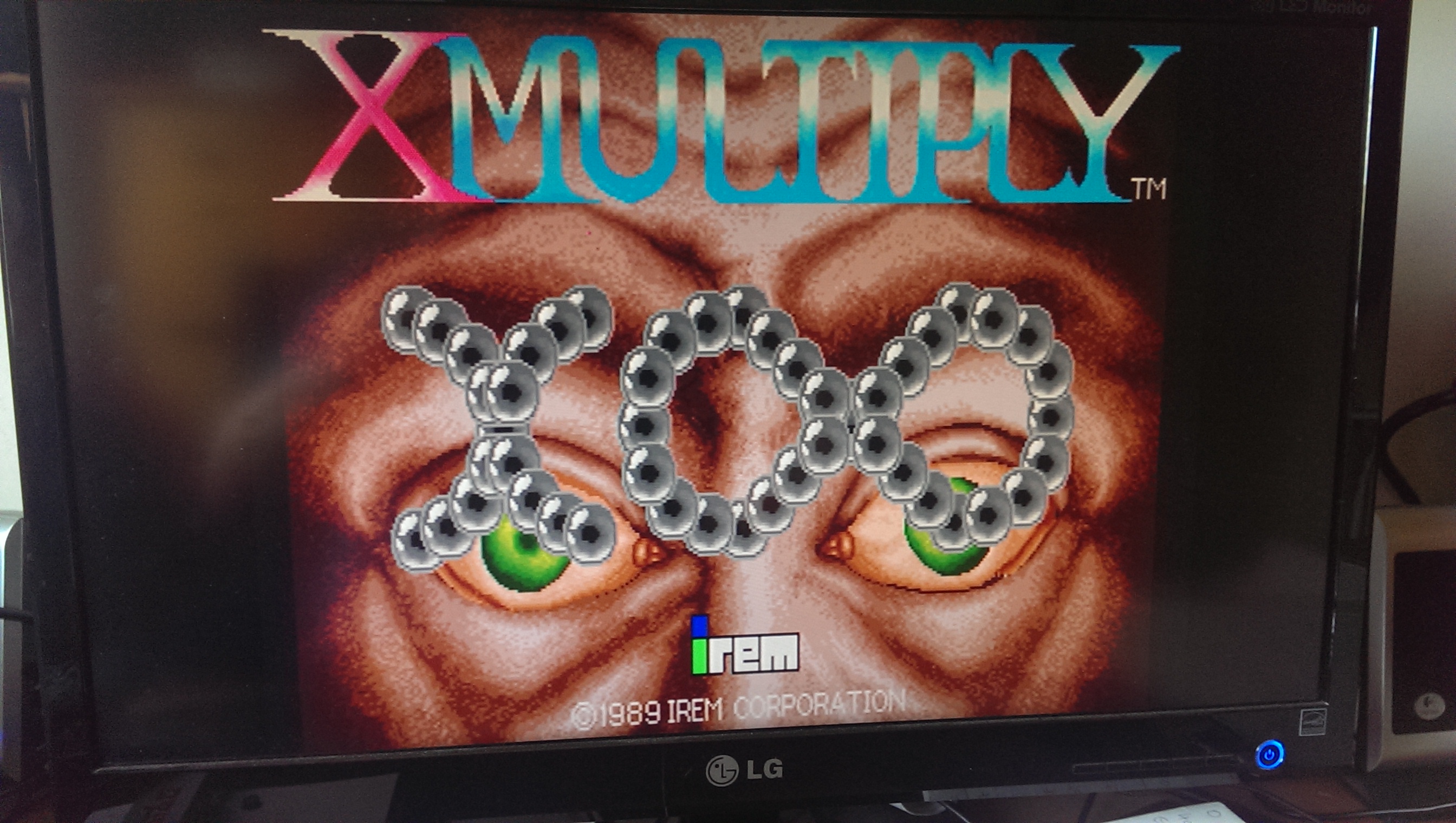