Who of us has not played at least once Xevious?

Xevious is a vertical scrolling shooter arcade game that was released by Namco in December 1982.It runs on Namco Galaga hardware. In North America, the game was manufactured and distributed by Atari.

I had on my bench the Namco version: 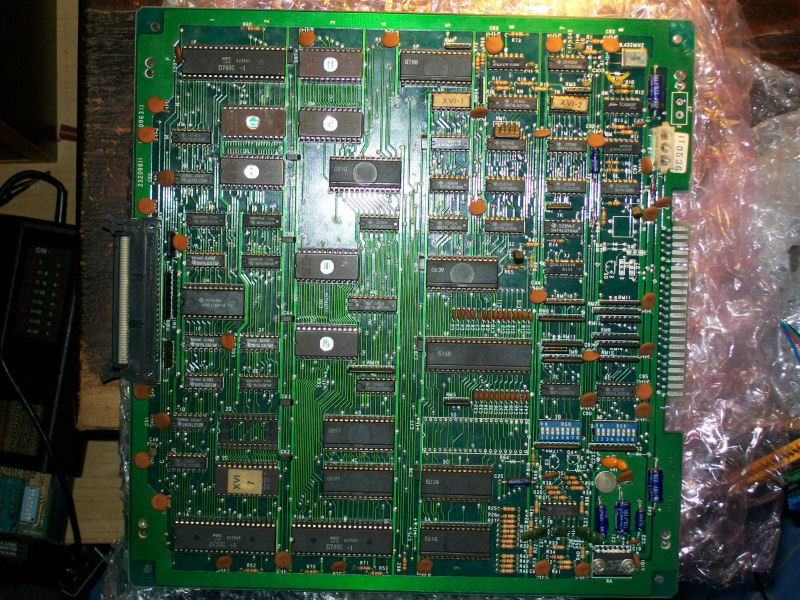 Board booted correctly, game was fully playable but sprites were missing some lines and also playfiled got some issues: 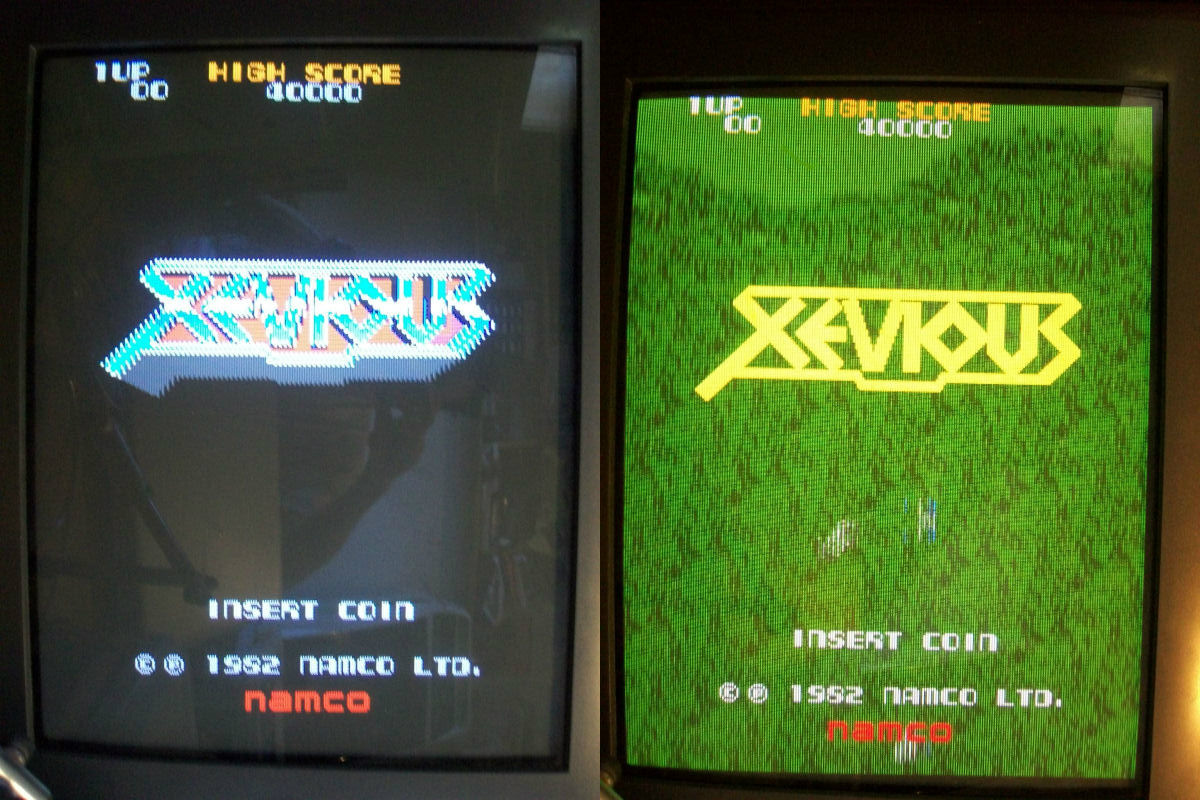 All GFX customs (the sprite positioner ’12XX’, the object RAM addresser ’04XX’ and the GFX data shifter and mixer ’11XX’) were OK since I swapped them with ones of my Galaga/Gaplus boards.Luckily Namco released schematics for this board so for first I checked the part of circuit involved.All was good until I come across this section: 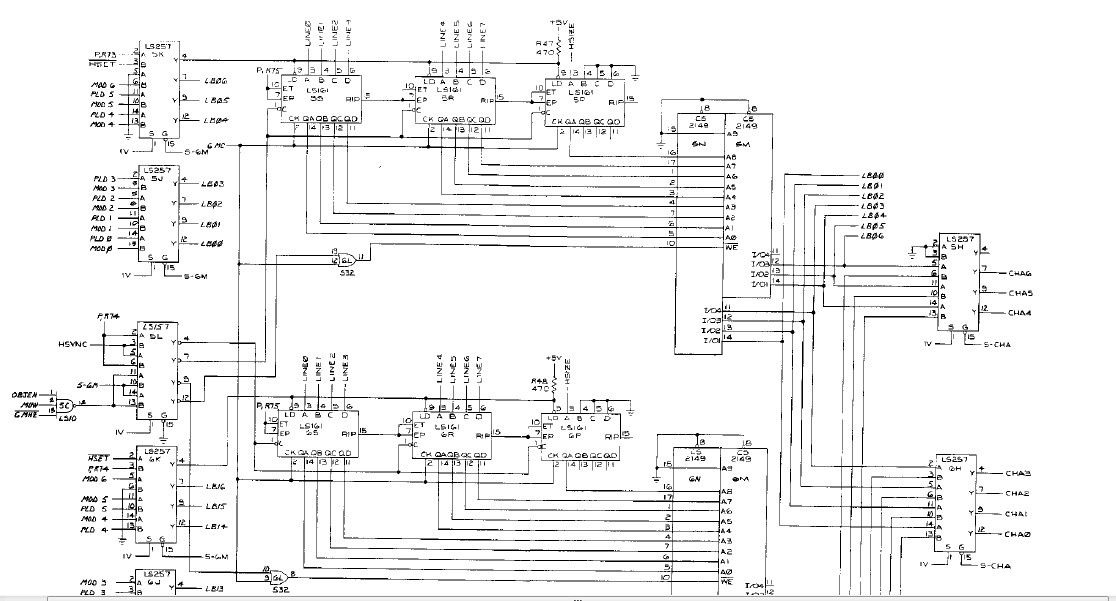 When I went to probe the two 2149 RAM @5N and 5M I found four address lines (PIN3-6) stuck LOW.As I said before, these are addressed by a counter @5S so I went to use my HP10529A logic comparator on it.All led corrisponding to outputs turned ON while all inputs were correctly working.Desoldered and tested it out-of-circuit confirmed it was bad: 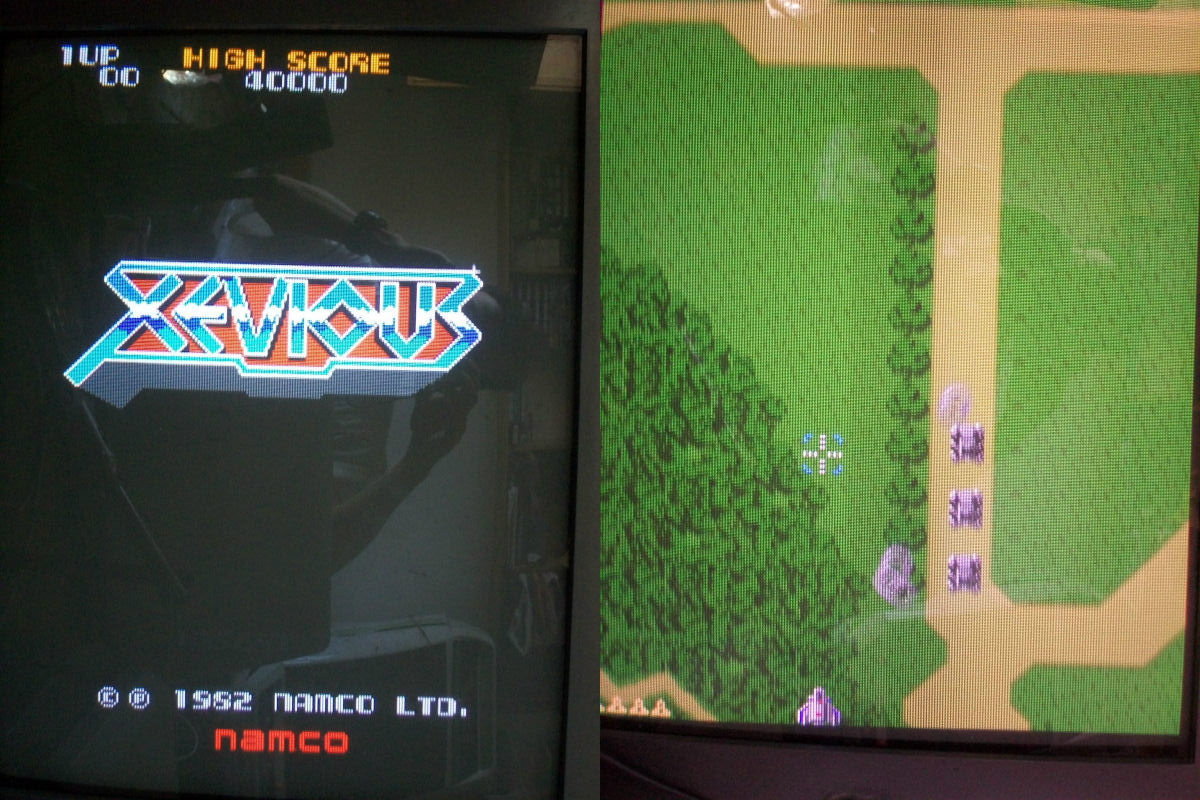 With this repair we conclude the May season of logs.See you hopefully next one!