At the RCM weekend I met up with SirMorris and a guy called Andy Rae and was introduced to the crazy world of the ZX81.
Andy was demonstrating his ULA chip replacement which has the ability to double clock the old 81 and the results were really impressive. After a quick chat I managed to secure one of these ULA chips for myself and quickly set about eBay looking for a cheap ZX81. I eventually got one for £6 which was untested but we all know that means its knackered, and it sure was. 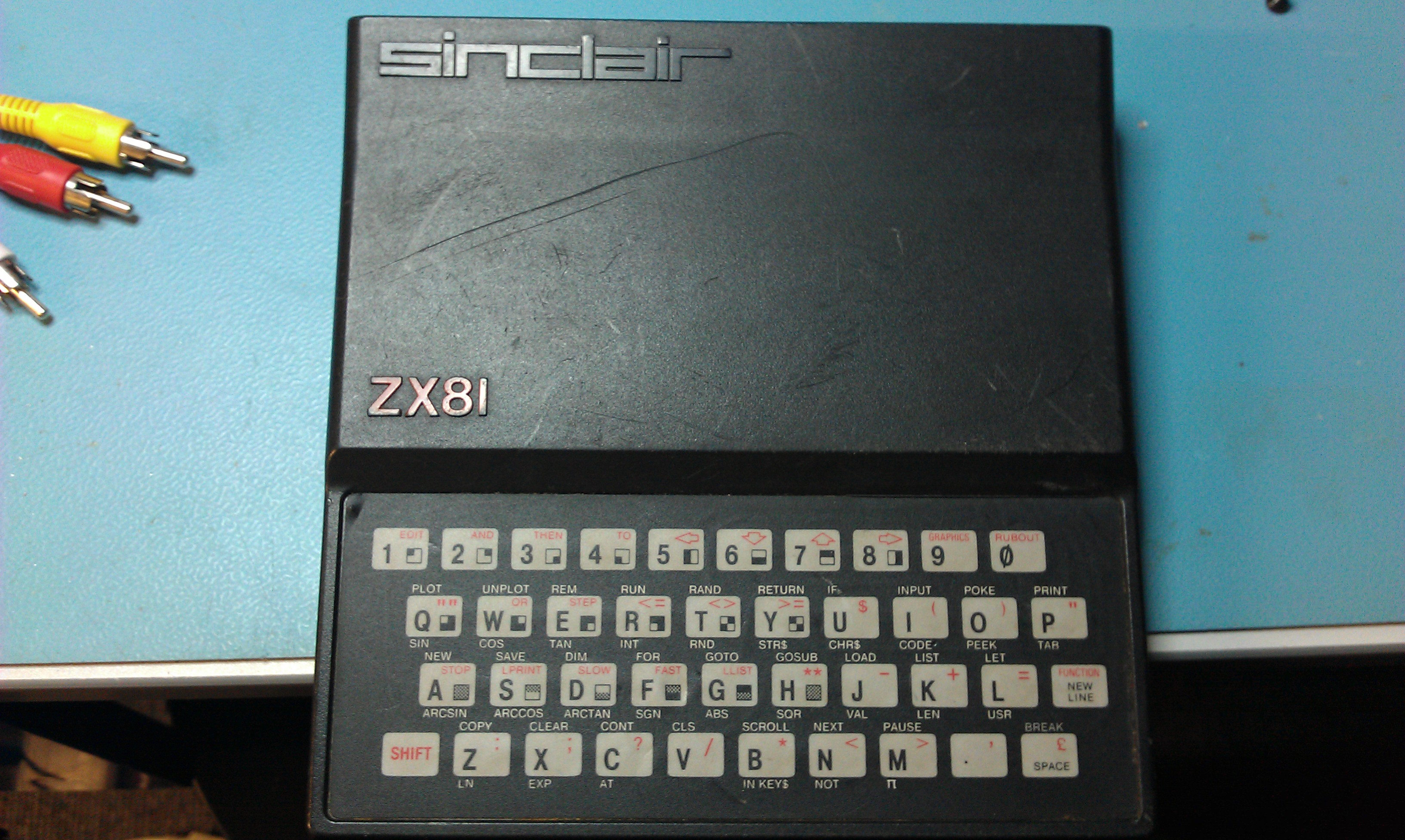 I powered the little machine up and was greeted with nothing on screen.
Straight away I could smell something was not quite right, the Z80 and the stock ULA were roasting. I removed both of them and fitted sockets. At this point I thought it wise to check the voltages on board just in case. Everything was fine.
I fitted a brand new Z80 and the new ULA chip.
The new ULA also outputs a nice composite signal and the mod to utilise this is the same as for the ZX Spectrum.

As there is not a great deal on the board it was a little pleasure to work on. Rather than removing the ROM and making an adapter up to read it I opted to use the Fluke 9010. 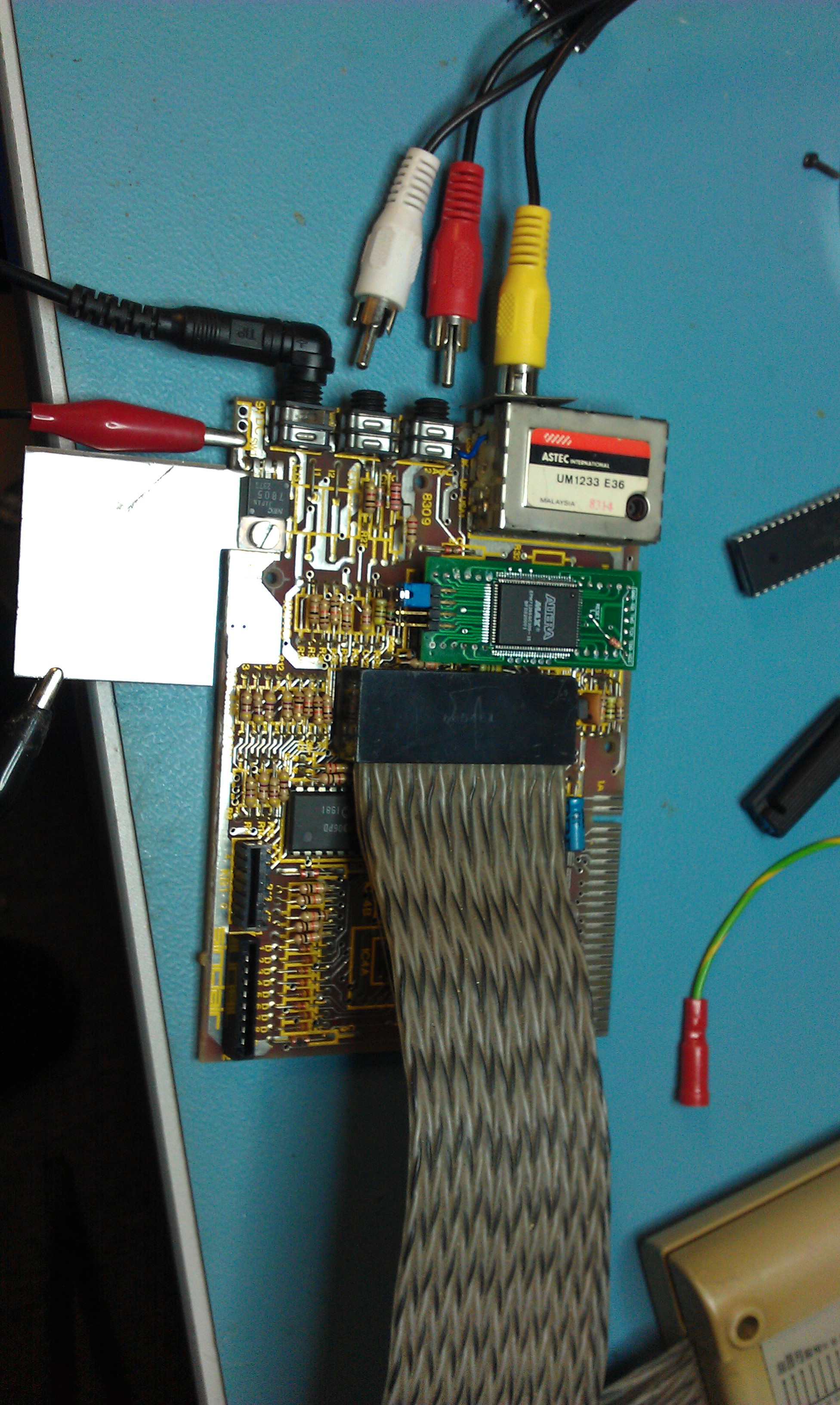 From here I performed a BUS check to make sure there are no shorts, all was fine. I also performed a ROM check which reads the ROM and returns a signature similar to a CRC check. As I didn’t know what the signature was supposed to be a entered a random one and waited to see what it returned in the error. The ROM on the ZX81 is found at 0000-3FFF in address space. The Fluke reported back a signature of 28A8. Using the sigcalc program from Quarterarcade I was able to verify that this was a match for a ROM marked as ZX81a.rom in my collection of BIOS files.

After that I set it off doing RAM checks. The RAM is located at 4000-43FF in address space. This quickly brought up a R/W error, accepting this just kept bringing up more errors right the way through all the address space. Desoldered both of the 2114 RAM chips, fitted sockets and some working RAM. 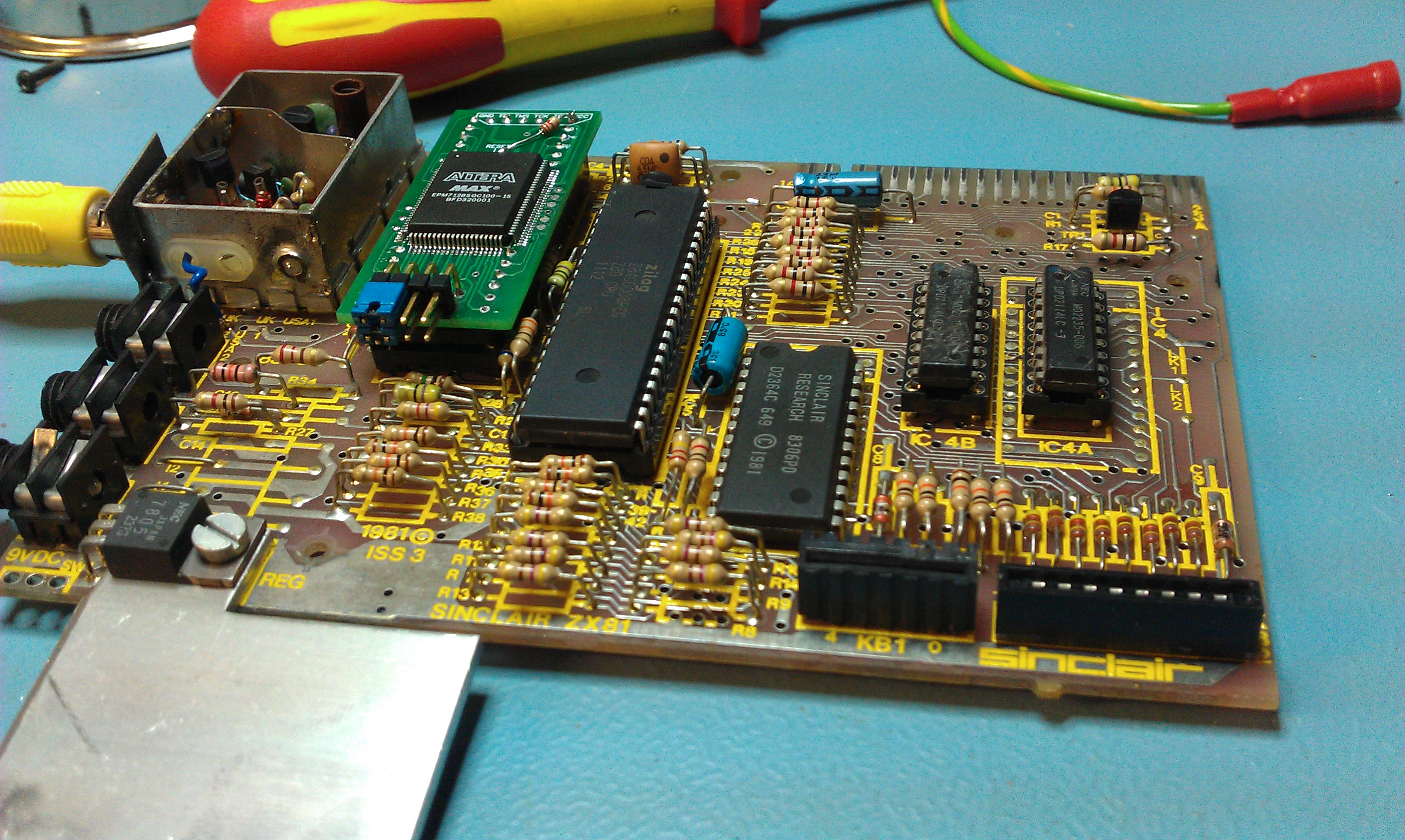 The ZX81 is now alive once more 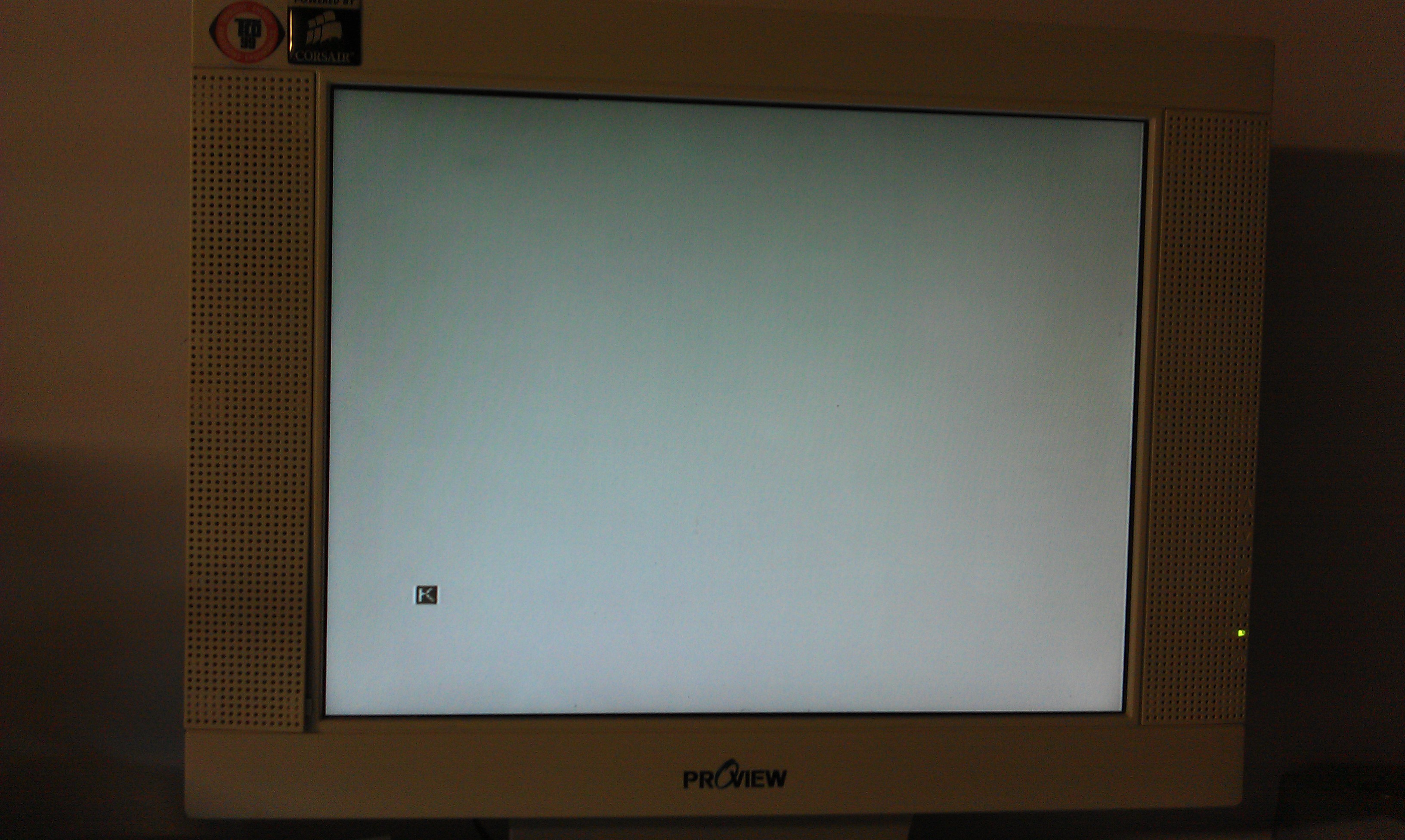 As expected this also needs a new keyboard membrane.
Now its probably time to get a ZXpand unit and also wire in the new enhancements of the ULA. Fun times ahead for me!