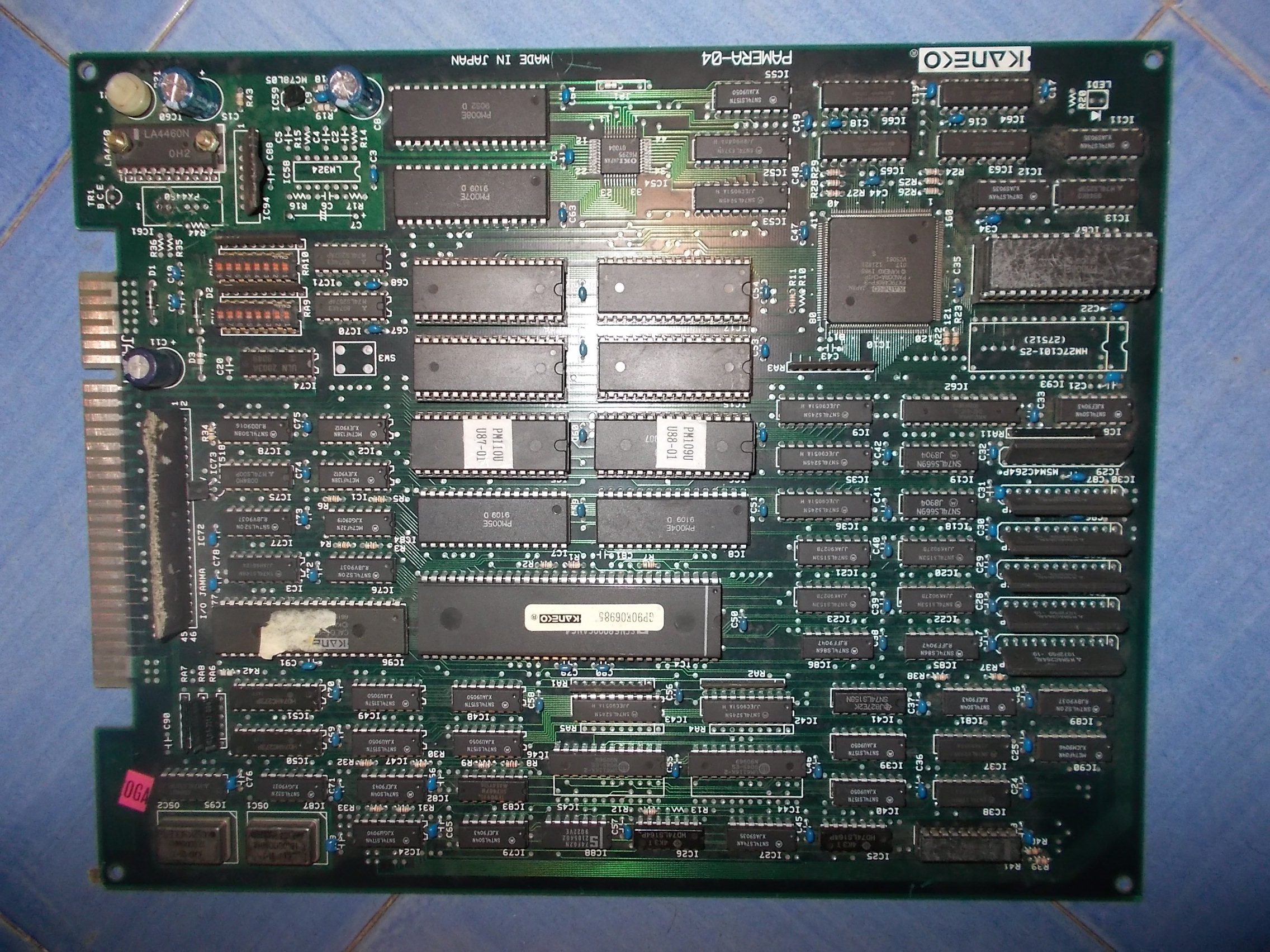 When powered up I was greeted by this : 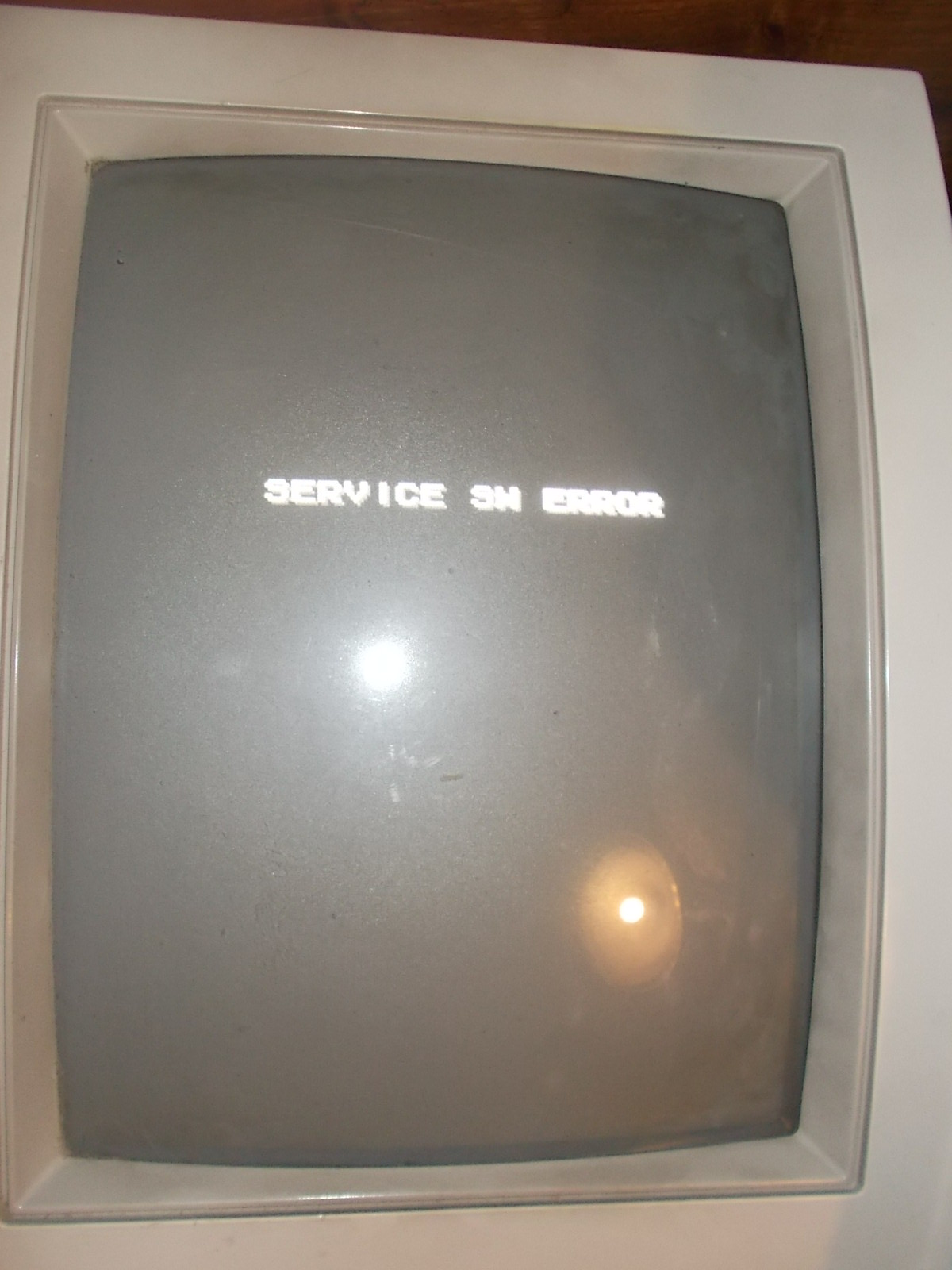 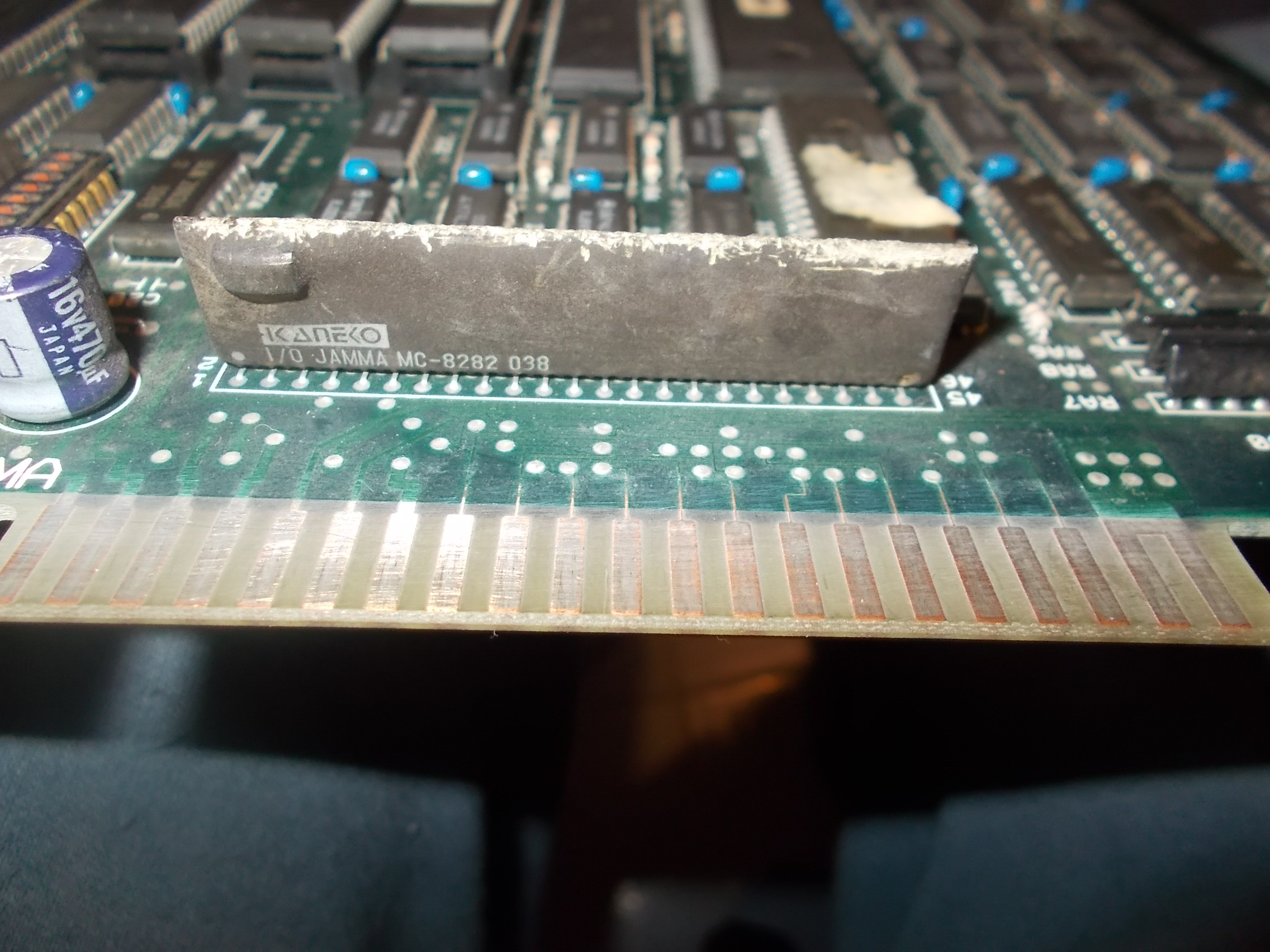 I’ve already discussed the topic in my past post about the reproduction of this custom:

Most likely the component was internally faulty so I replaced it with a repro of mine: 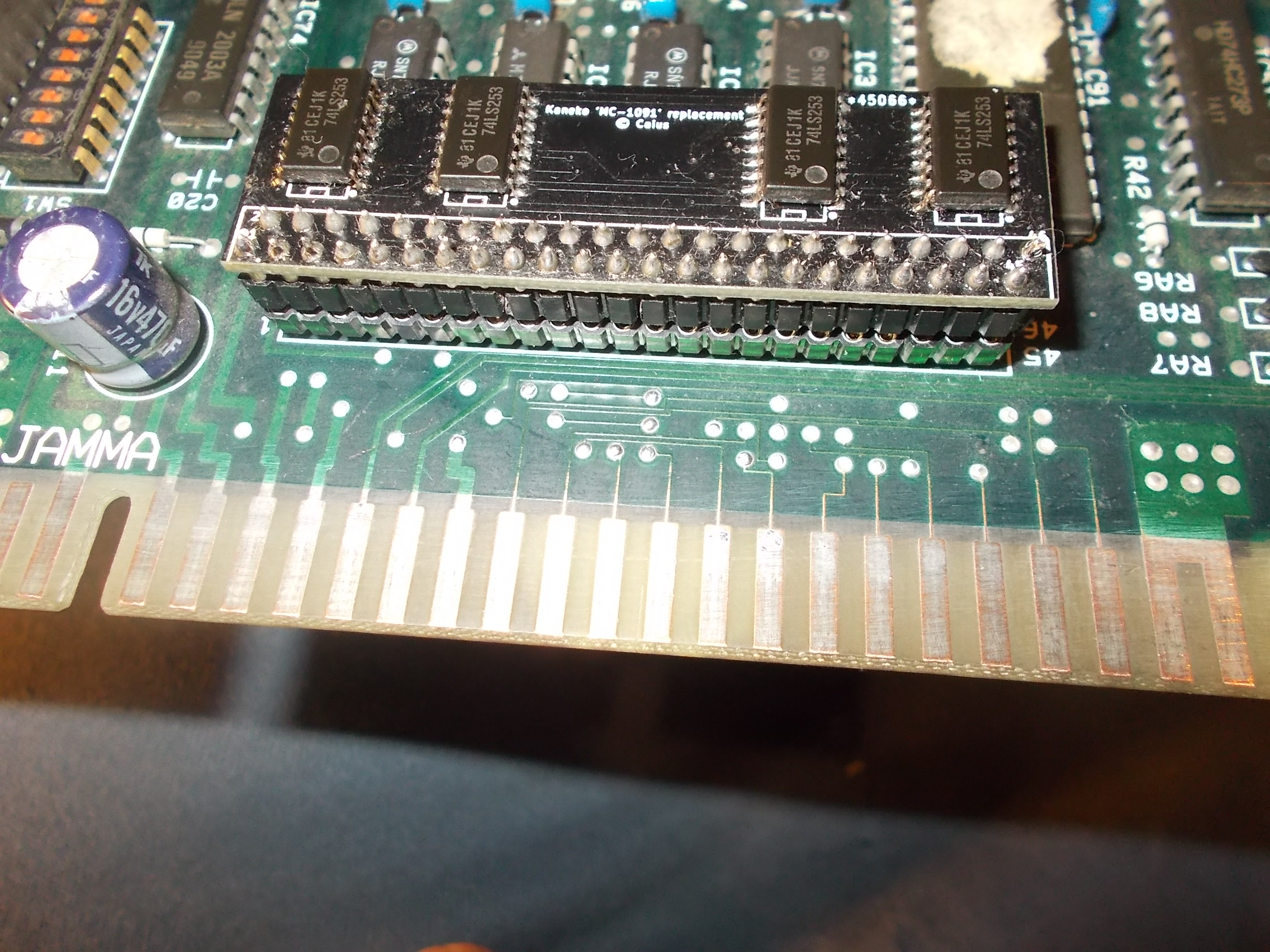 Finally the board booted into game but the sound was barely audible also at maximum volume level:

After a visual inspection I found that the component silkscreened ‘PX4460’ was missing from sound section: 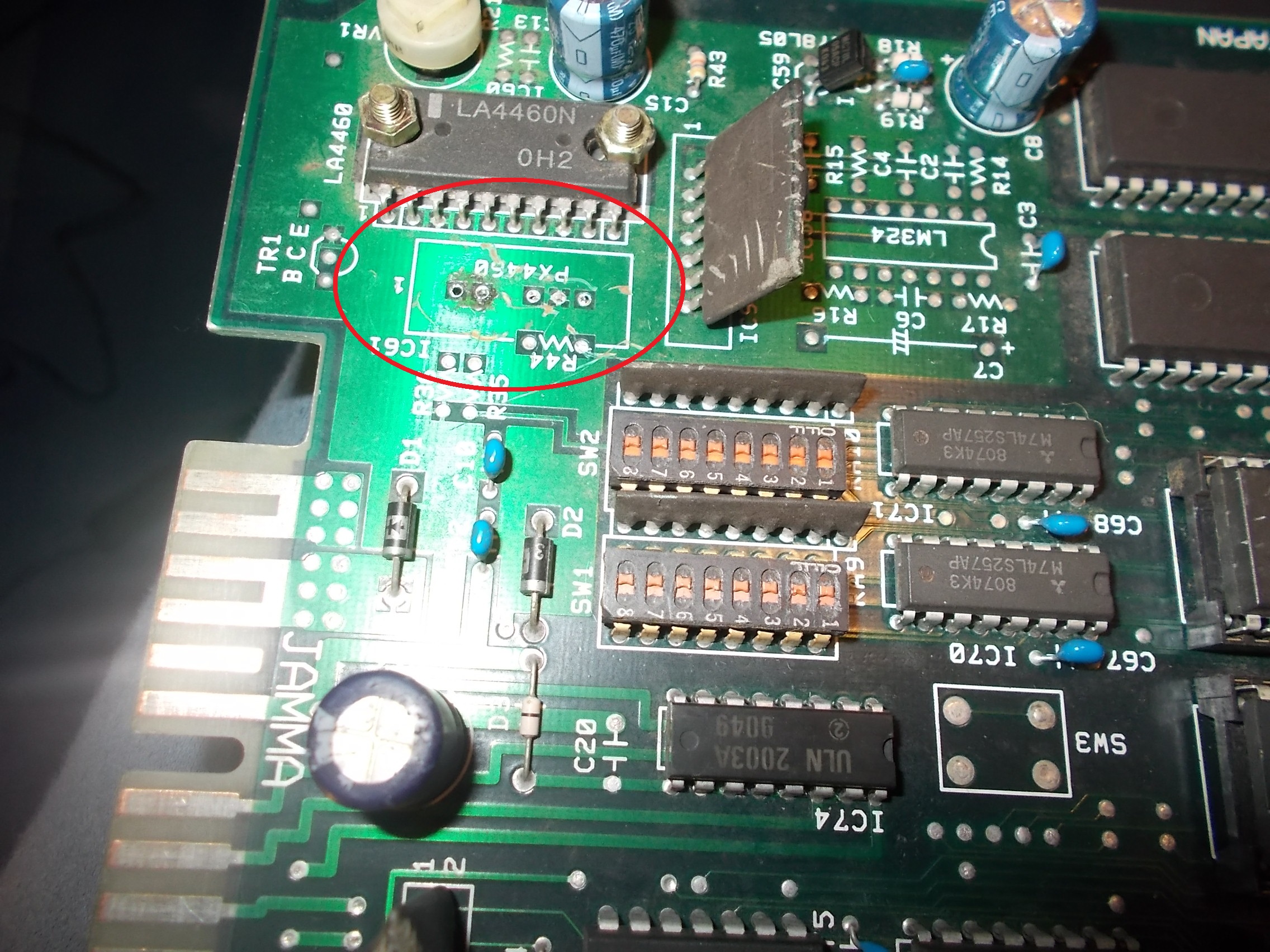 Board uses also another little sound custom, the “LPF6K”, here is a picture from another board for better understanding: 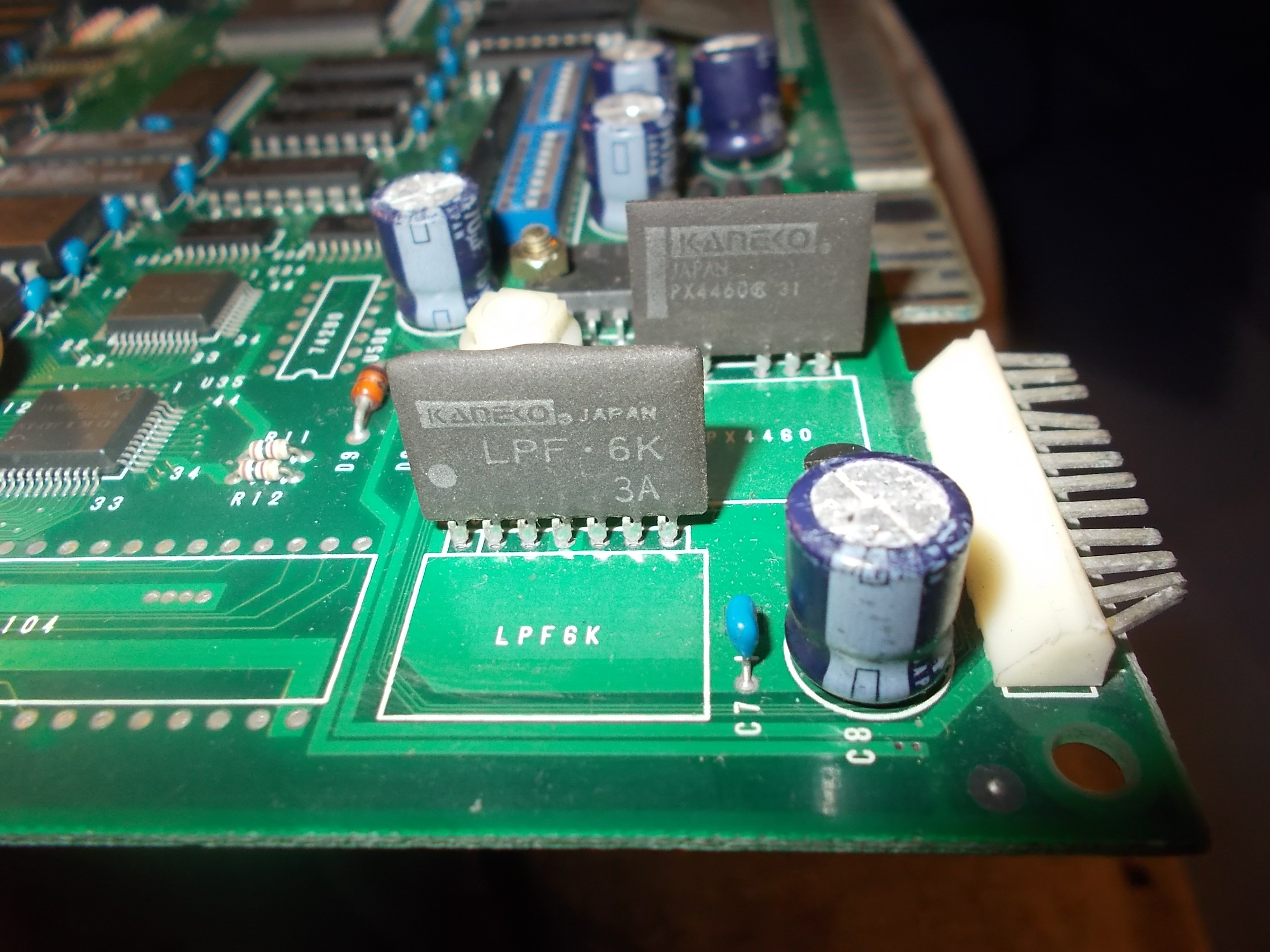 Actually you can replace them by installing the parts they are internally made of directly on PCB (there is silkscreening for them) but I wanted to keep the all-in-one solution the so I decided to have a look inside them in order to reproduce both (although the ‘LPF6K’ was not missing on my board).I removed the coating and did an Hi-Res scan;

On the left on the above picture it’s the naked ‘PX4460’ which, like its name suggests, embeds all the parts (minus the 1000uF 16V electrolytic capacitor, this is on the PCB) needed by the typical application circuit of the ‘LA4460’ amplifier as datasheet shows : 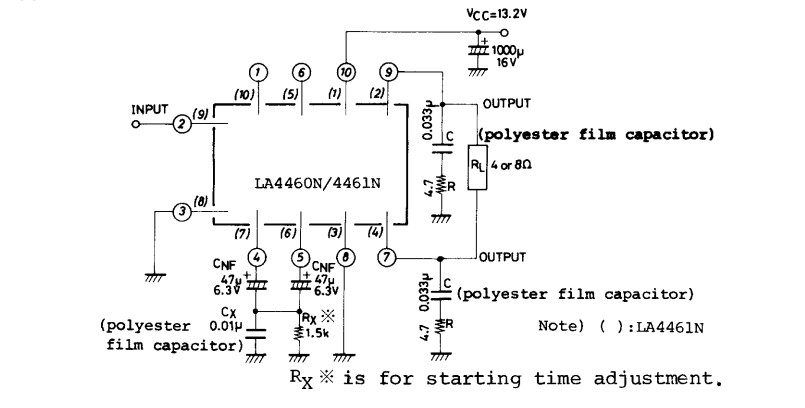 On the right of the scan, it’s the ‘LPF6K’ that contains an LM324 OP-AMP  and all its required parts, its function is to pre-amplify the sound.

Given the simplicity of both customs it took few time to figure out schematics and route them to a replacement PCB.Here is the result:

Installed on PCB ready for the smoke test: 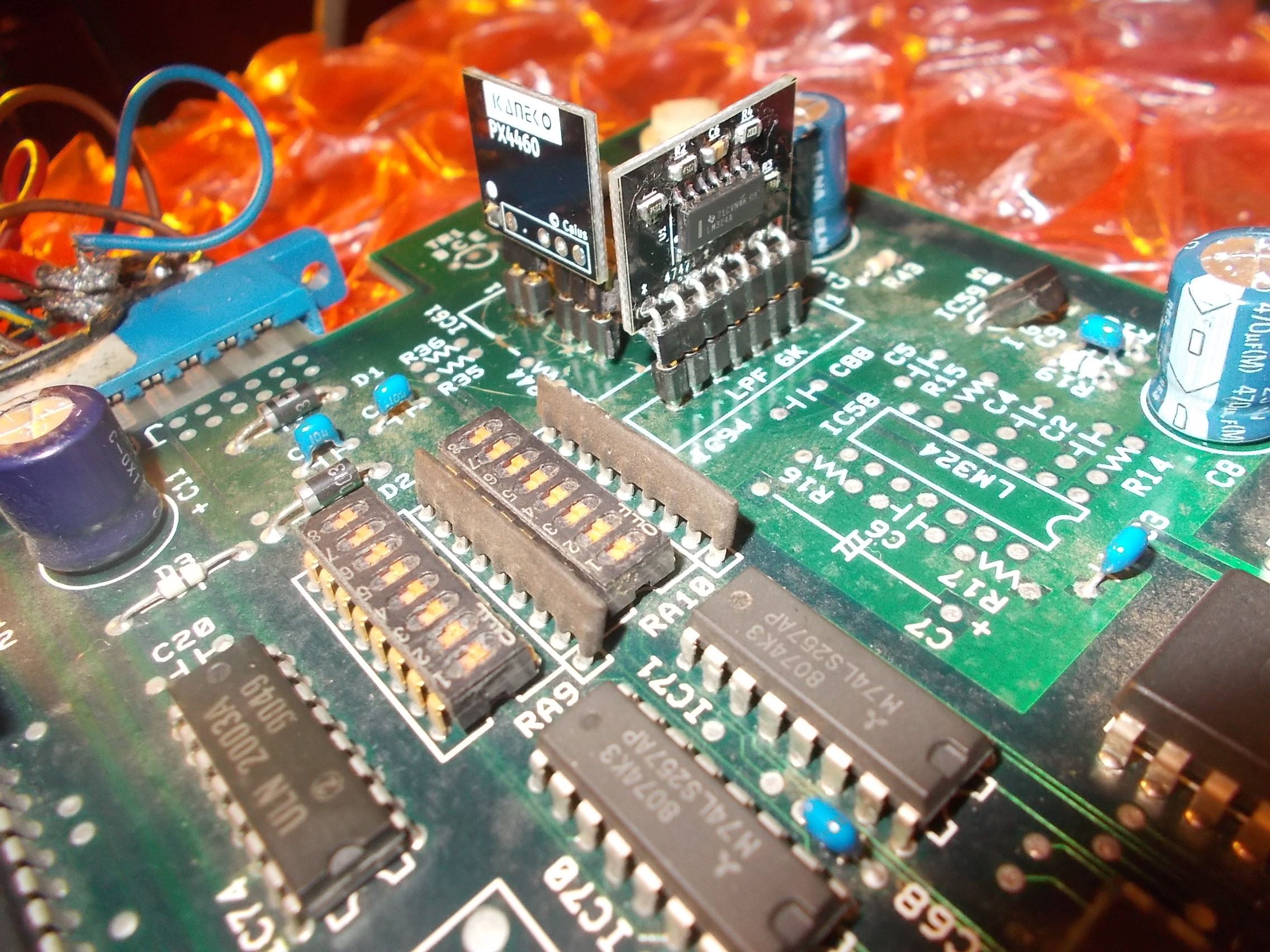 Success!Sound was restored and both repro worked fine as replacement.